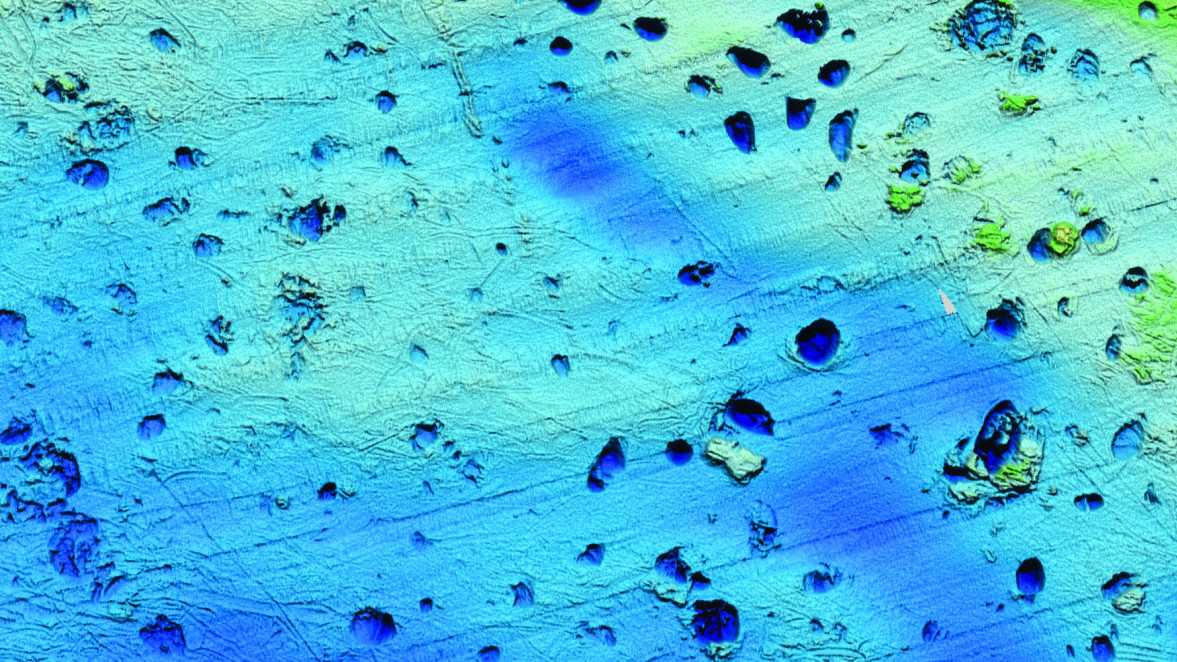 Norwegian scientists examined the bottom of the Barents Sea, discovering many large and small craters. They appeared at the end of the last ice age, when ice melted, and in the arctic seas there was an explosive release of accumulated methane.

The main source of methane on the Earth are methanogenic bacteria, although some of it is formed during the decay of organic matter at a high temperature deep beneath the surface of the planet. At the bottom of the arctic seas, this gas accumulates thousands and thousands of years, “locked” in the composition of gas hydrates, a complex and difficultly leading mixture of water, ice and gas.

Under high pressure and at low temperature, the gas hydrates remain stable. So they were preserved under the layer of the glacier that covered the Barents Sea in the distant past, reaching a thickness of more than 2.5 km. Gas hydrates were collected under ice, but gases could not escape from it. When the ice began to melt, the gas hydrates began to accumulate in the liberated areas, remaining under high pressure. But then everything happened, as in a pressure cooker: the icy “lid” melted, weakened, and explosive processes began.

These explosions, in the opinion of scientists, left hundreds of craters with a diameter from 300 to 1000 m and even more small ones of about 12 thousand years old on the seabed. About the discovery Karin Andreassen (Karin Andreassen) and her colleagues tell in an article published in the journal Science. According to them, methane continues to leak from the craters and today.

Emissions of methane are registered over many craters – such authors counted more than 600, although they are not too intense. Methane is a powerful greenhouse gas, and scientists fear that the current global warming will increase the release of this gas in the northern seas and tundra. However, this is already happening, and a new methane from the thawing Arctic will further warm up the planet.