Hundreds of thousands of people die from malaria every year. Why can’t she be defeated? 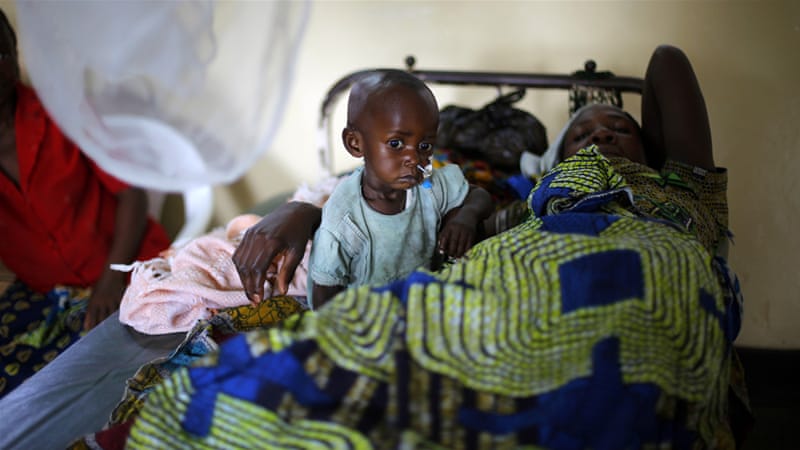 According to the World Health Organization (WHO), in 2018, 228 million people, or 3% of the world’s population, fell ill with malaria. Of these, 405 thousand died, most are young children. Old malaria drugs stop working, and the only pre-approved vaccine leaves much to be desired.

Malaria has been known since time immemorial. Mention of this disease is found on clay tablets from Mesopotamia, molecular traces of the parasite were found in ancient Egyptian burials, Homer wrote about it in the Iliad. Some historians believe that with the advent of malaria on the Apennine Peninsula, the decline of the Roman Empire began; the Italian region of Campania, where Naples is located, was in poverty until the 1930s, until the disease was eradicated there.

Malaria is caused by unicellular plasmodia creatures that enter the body with the bite of a female mosquito. There are several dozen species of them. Some infect birds, others – reptiles, others – primates. In most cases, four plasmodiums are responsible in humans. The scariest of them is Plasmodium falciparum. Probably, the ancestor of this parasite preferred gorillas, but no later than 10 thousand years ago, settled in man.

It is believed that from the African jungle, malaria got along the Nile to the Mediterranean coast, then spread east and Greece, from Greece to Italy, and from there, along with Roman legions and merchants, to Britain and Denmark. In former times, malaria was also found in Russia, the Caucasus, the Black Sea region and the Volga region. Large “malarial” mosquitoes are harmless carameres, and today malaria in Russia, if they get sick, is coming from other countries.

In the 20th century alone, this disease claimed the lives of 150-300 million people worldwide. In recent years, malaria is less likely to die, but there are still a lot of victims. The most affected countries are sub-Saharan Africa, where P. falciparum infects people more often than elsewhere.

Like his relatives, this plasmodium has an extremely complex life cycle. Once in the blood, its first stage, sporozoite, in half an hour or an hour gets to the liver. Eight to ten sporozoites penetrate a person at a time. But to start the disease, sometimes just one plasmodium in the liver is enough. As a result of division, each is able to produce tens of thousands of descendants. Depending on the type of plasmodium, it takes from 5 to 25 days.

At the hepatic stage, parasites look different and are called merozoites. Having escaped, they attack red blood cells, red blood cells. To cling and climb inside, they need only 30 seconds. For nutrition, merozoites use hemoglobin, the same protein that carries oxygen and carbon dioxide in our body.

In the blood cells, the third stage of the parasite develops – trophozoite, each of them gives rise to another 8-24 parasites. Some of them infect other red blood cells. The rest turn into male and female cells. When a mosquito bites a person, they fall into the insect, connect, go through several more transformations. So there are new sporozoites, which wait until the mosquito is hungry again and bites another person. In short, compared to plasmodium, the caterpillars growing in butterflies are like a matinee in a kindergarten after a Vienna ball.

The disease makes itself felt when red blood cells burst. A person is in fever, chills, throws into sweat, blood carries oxygen worse. Malaria often rolls in waves every three to four days, because it takes so much time for new plasmodiums to grow in red blood cells, but with P. falciparum these cycles are almost not expressed.

Unlike other plasmodia, P. falciparum is illegible and attacks both young and old red blood cells. Over two days, the number of parasites increases by 8-10 times. In addition, small blood vessels become clogged due to this plasmodium. In severe cases, the patient raves, he has shock, convulsions, jaundice, lungs and kidneys do not work well. If parasites adhere to vessels in the brain, this organ is also affected. Therefore, malaria caused by P. falciparum is much more likely to lead to death.

Over time, immunity is developed, but it does not protect completely, but only alleviates the disease. Immunity is not formed immediately, but in Africa and other places where plasmodia is common, malaria is sick several times a year. If you leave such places, immunity gradually disappears. Reducing malaria control programs is also dangerous. In the second half of the 20th century, they were abandoned in Madagascar, and people began to die more often than before these programs.

Since the body needs time to adapt to plasmodia, they pose the greatest danger to children. Babies have some protection thanks to their mother’s antibodies and high levels of hemoglobin, but by the age of six months they will wane and reappear only at school age. That is why two of the three dead are children under five years of age.

There is a cure for malaria. Since the 17th century, it has been treated with a bark of a quinine tree, which contains the bitter substance quinine (in order to kill the unpleasant taste, the British diluted quinine tonics with gin – this is how a popular cocktail appeared). In the 20th century, a similar substance was obtained called chloroquine, which today is being tested as an anti-COVID-19 agent. Derivatives of chloroquine and several other substances are also used against malaria, but plasmodia develop resistance to them, like bacteria to antibiotics.

Today, the most effective remedy is artemisinin, which Chinese scientists isolated from wormwood in the 1970s. In 2015, the third Nobel Prize related to malaria was awarded for this (the fourth, if you consider the DDT insect poison award). But even before the chemist Tu Yuu went to Sweden for a medal, there was reason to believe that artemisinin would also cease to act, as insecticides stopped killing mosquitoes.

Vaccines would come in handy in the fight against malaria, but they are even worse than medicines. The main problem is the life cycle of plasmodia. For each stage of the parasite, the immune system has to pick up a new weapon. In addition, plasmodium has other tricks to circumvent the host’s protection, and it is much more complex than the viruses against which most effective vaccines work.

The developed candidate vaccines prepare the immune system to fight this or that form of plasmodium, but only one has been approved, and even then in advance. It is called Mosquirix and was created by GlaxoSmithKline back in the 1980s. The vaccine has passed three stages of clinical trials, and now the fourth stage is in Africa, which will last a couple of years.

At the heart of Mosquirix is ​​a protein from the surface of the sporozoite. The immune system produces antibodies, and when real sporozoites enter the bloodstream with a mosquito bite, these antibodies attack them. Since there is an hour before the parasite enters the liver and only one sporozoite can cause the disease, a lot of antibodies are required – the vaccine is injected three times with interruptions per month, and then again.

Four doses are just one drawback of Mosquirix. The results of the first tests were promising, but then it turned out that she almost did not protect babies from one and a half to three months old, among older children, she reduced the incidence by only 39%, and the number of severe cases by 29%. This is better than nothing, but it does not compare with most vaccines against other diseases. In addition, it turned out that vaccinees were more likely to develop meningitis, and girls disproportionately more often died in this group. Communication with the vaccine could not be established, but there is no explanation either.

The fourth phase of clinical trials will allow us to collect new data and, possibly, provide new information on the safety and effectiveness of the vaccine. In the meantime, early diagnostics, still active medicines, mosquito nets over beds, insecticide treatment of housing, and collection of epidemiological information remain the main means of control.

Over decades, all this has saved millions of lives. But you could save more. According to WHO estimates, $ 5 billion is needed to fight malaria around the world. For comparison: the same cost players in the seven richest football clubs in the championship of England. But although there is not much $ 5 billion for everyone, in 2018 almost half as much was spent on the treatment and prevention of malaria. New drugs and vaccines would be very useful, but even with what is now, much more can be done.