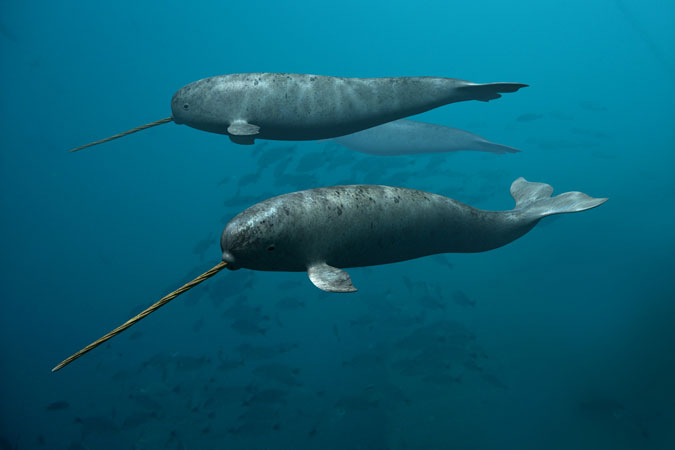 The oceanologists shot a video on the hunt of one of the least explored animals on Earth – the narwhal, also called the “sea unicorn”.

Rare footage was filmed by WWF staff off the coast of the Canadian territory of Nunavut. During the observation of cetacean researchers, it was possible to determine the purpose of his tusk. As it turned out, the “sea unicorn” uses it to stun the prey.

“We used to think that the horn is needed for narwhalas for” duels “with rivals, for interaction with relatives or for orientation in space, but on the footage – another pattern of behavior that was not previously observed,” said Rod Downey, head of the polar research department of WWF .

Narvale (Monodon monoceros) are found exclusively in the Arctic. The main zone of habitation is the North Atlantic and the water area of ​​the Arctic Ocean. They are included in the list of protected species and listed in the Red Data Book of Russia.