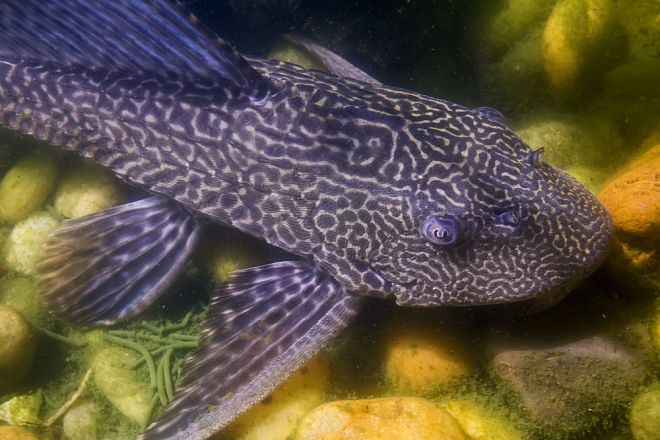 Floods and storm surges from the series of hurricanes in 2017 forced to leave their homes not only thousands of people, but also hundreds of invasive aquatic species.

The us geological survey has spent the last six months creating new flood and storm tracking maps to help biologists track where more than 200 non-native species, including alligators and snails, may have migrated after hurricane Harvey, Irma, Maria, and Nate attacks.

The organization has created four interactive maps for each of the four major hurricanes that hit the US in 2017 to track the movement of invasive creatures. The maps indicate where lakes, rivers, streams and other water sources merged during storms, allowing aquatic species to change habitats.

One of these species is broad — headed mail catfish, a South American species that is found near Texas Houston. Because of the hurricane “Harvey” fish got from the water Buffalo-San Jacinto Bay to Galveston.

Pam fuller, head of the invasive aquatic species Program of the us Geological survey, noted that the tidal wave and flood that accompanied hurricane Harvey created temporary freshwater zones in saltwater, allowing freshwater species to migrate to other areas.

“Monitoring the U.S. Geological survey showed that when the rivers carried flood water “Harvey,” downstream, the freshwater region was formed along the coast of the Gulf of Mexico into parts of Texas and Louisiana, says fuller. – Usually the Gulf of Mexico acts as a saltwater barrier, which prevents freshwater species to move along the coast. But this barrier is temporarily lost, and freshwater species were able to “move” in a new place.”

The researchers used information Program database of invasive aquatic species USGS and model, showing that where waterways merge due to the flood waters and tidal wave, to determine where aquatic invasive species could relocate.