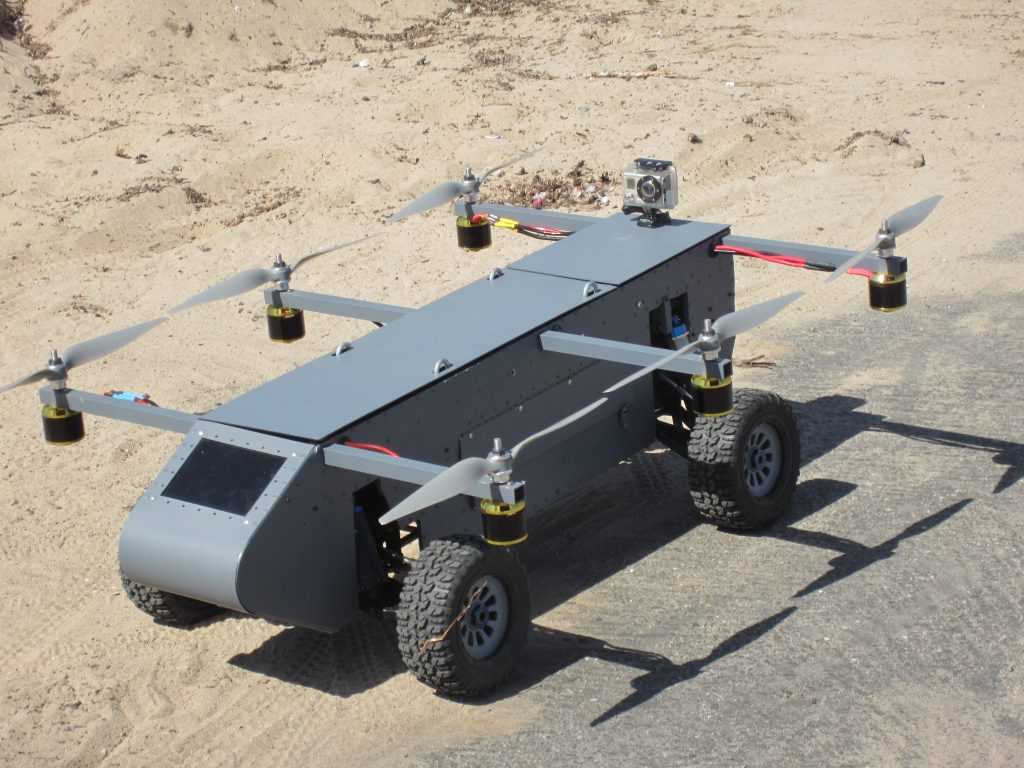 The development of an unmanned hybrid Autonomous Panther AT is carried out primarily for military needs. However, according to the manufacturer, the device may be interested in commercial structures. It is assumed that the defense departments will be able to use the drones within the secret delivery of cargo: on approach to the target, the drone will land and continue to move unnoticed on the ground. It is noted that in the off-road vehicle mode the device can have a full or rear drive and practically does not produce noise, since it is equipped with electric motors.

In case of operation by courier companies Autonomous Panther AT will make flights outside populated areas. On the territory, for example, of cities, a drone will ride, so as not to disturb local residents with the noise of propellers. In addition, ground-based mode will increase the safety of the drone. At a mass of about 19 kilograms, the device is designed for a payload weighing up to seven kilograms. In this case, the maximum time of a continuous flight of a hybrid will be 10 minutes.

Tests Autonomous Panther AT were held in late March 2017 in California. During the tests, the drone successfully delivered a cargo of 2.3 kilograms to a Torrence employee. Other details of the event are not disclosed. It is reported that the drone can be additionally equipped with a manipulator to move the load and a display for remote interaction of the customer with the operator. Autonomous Panther AT is already on sale, until April 5, its price will be 2500 dollars, after which it will grow to 8000 dollars.

It is known that the drone is able to land and take off in automatic mode, the flight along the route passes between the specified points. In this case, during the flight, the operator can intercept the control of the drone. To monitor the movement of the Autonomous Panther AT, he can use the helmet display. The body of the hybrid has a rectangular shape with a height of 34 centimeters and a length of 112 centimeters. It is equipped with carrying screws, taken out by the body on special beams.

On wheels, the Autonomous Panther AT can cover a distance of 97 kilometers at a speed of eight kilometers per hour. For the first time, a promising drone was introduced in November 2016. It is noteworthy that, despite the possibility of its purchase, commercial use of the device is impossible: the current rules of the Federal Aviation Administration (FAA) of the United States do not allow the commercial delivery of goods through such devices.

In early 2014, the company also introduced a prototype of the Black Knight Transformer, designed to evacuate the victims. The mass of the device is 1.8 tons, it is equipped with eight rotors and a four-legged chassis. Dron is designed to carry a payload weighing up to 454 kilograms at a speed of up to 241 kilometers per hour.