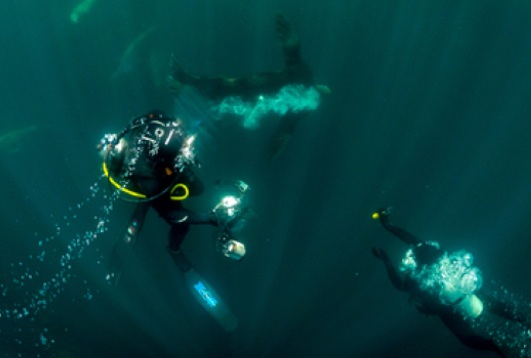 Russian scientists found hydrocarbons and seismic anomalies in the underwater bowels of the Kara and Barents Seas. This was reported on the website of the Trofimuk Institute of Petroleum Geology and Geophysics SB RAS (INGG SB RAS).

After re-processing the 2D and 3D seismic surveys while studying the shelf, the scientists specified the structure and topography of both seas. In particular, “explosion tubes” and pockmarks were discovered that indicate oil and gas deposits.

An “explosion tube” is a tube-shaped volcanic channel formed after a single gas breakthrough. Pokmark is a bottom crater that occurs as a result of the movement of gas and liquids through sediment. The latter indicate gas migration from the bowels to the surface. “In addition, gas hydrates found in the sections are indicative of deep degassing,” the publication said.

The text says that the migration of hydrocarbon gases leads to seismic anomalies, for example, weak earthquakes in the Arctic seas. Knowledge of these factors will be useful in the construction of drilling platforms at sea and industrial facilities in Western Siberia. The data obtained by scientists will also allow “the correct assessment of geological risks, create a search concept and develop possible scenarios for further exploration” in two seas.

According to the estimates of employees of the INGG SB RAS, there are about 80 tons of fuel equivalent on the Russian Arctic shelf. The waters of the Kara and Barents Seas are considered the richest in hydrocarbons.