Hydrogen peroxide is a key element in the birth of life 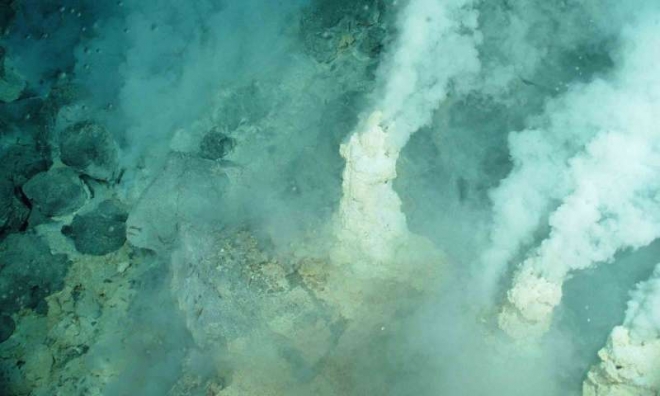 A new study sheds light on the evolution of the earliest forms of life about four billion years ago. According to lead author Rowena Ball of the Australian National University, hydrogen peroxide, the compound commonly used to lighten hair, is a vital ingredient in the pores of the rock around underwater hydrothermal sources, providing a sequence of chemical reactions that led to the emergence of the first life forms.

The research team used hydrogen peroxide and porous rock to model the active environment in which life originated. “Hydrogen peroxide has played a key role in the emergence of living systems – one of the most difficult and important problems in the whole of science. And in this study, we examined how random fluctuations in temperature and pH levels provided the conditions necessary to activate the production of the chemical world that made life on Earth possible, “Dr. Ball explained.

The author noted that the created simulations show the importance of long interconnected porous structures that allow the creation of long large molecules. Studies are carried out by modeling the flow of reactive particles passing through a porous rock, rather than through a single pore.

According to Dr. Ball, temperature fluctuations should not occur too often and be too large. “The system should spend enough time to maintain a high temperature for the necessary synthetic reactions, but not so much that the reagents were completely destroyed,” she said.

“This gives us the” fundamental equation of life, “according to which, in order for life to begin and persist, the habitat must have a certain range of temperature fluctuations.”

Hydrogen peroxide also contributed to the development of enzymes called catalases, which prevented the recurrence of life. “The ubiquitous presence of life and, consequently, catalase in all habitable environments prevents the accumulation of hydrogen peroxide, which leads to its appearance,” the author explained.

“Evolution can be seen as the burning of a series of small bridges. But the first cell life was probably destroyed by one of the most important bridges – one that connects living and non-living molecular worlds. Any chance of rebuilding this bridge was completely erased due to the persistence of catalases throughout the subsequent evolution. ”

In addition, the results obtained provide valuable recommendations for the search for extraterrestrial life. The study is published in the journal Royal Society Open Science.