Hydrogen trains will appear on the railways 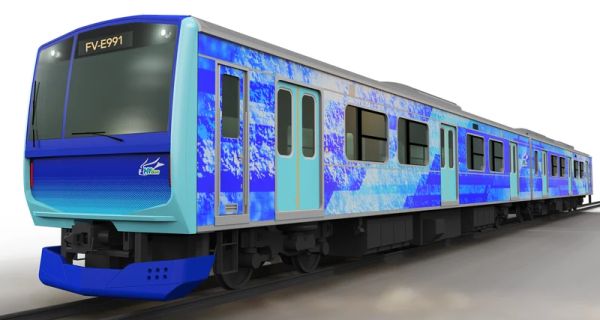 As part of the experiment, fuel cell locomotives will run in Japan.

Three companies – JR East, Hitachi and Toyota Motor Corporation – have announced a pilot project that will test a new fuel cell locomotive train on a railroad in Japan.

The test electric locomotive will be built on the basis of the FV-E991 two-car coupling, in which batteries will be installed. Energy will be generated by fuel cells, where hydrogen will chemically react with oxygen in the air to form electricity, which will be used as a driving force for the composition.

Hitachi will be responsible for developing the electric propulsion system for the project, while Toyota will remain in charge of fuel cell preparation. In this locomotive, the Japanese automaker, which has previously adapted its developments from the Toyota Mirai hydrogen sedan for a boat, will use the experience gained in the production of fuel cell passenger cars.

Recall that in the fall of 2019, it became known that Russian Railways plans to test hydrogen trains on Sakhalin. Prior to the start of the tests, calculations of the feasibility study for the use of hydrogen trains, the calculation of the cost of their life cycle and complex tests will be carried out. Russian Railways intend to use the Sakhalin railway infrastructure as a testing ground. In addition to testing hydrogen trains directly on the island, during the test period, the operation of the train support systems (from the production of hydrogen and fuel cells to their transportation, storage and refueling of trains) will be tested.