Hyper loop between Amsterdam and Paris will be built by 2028 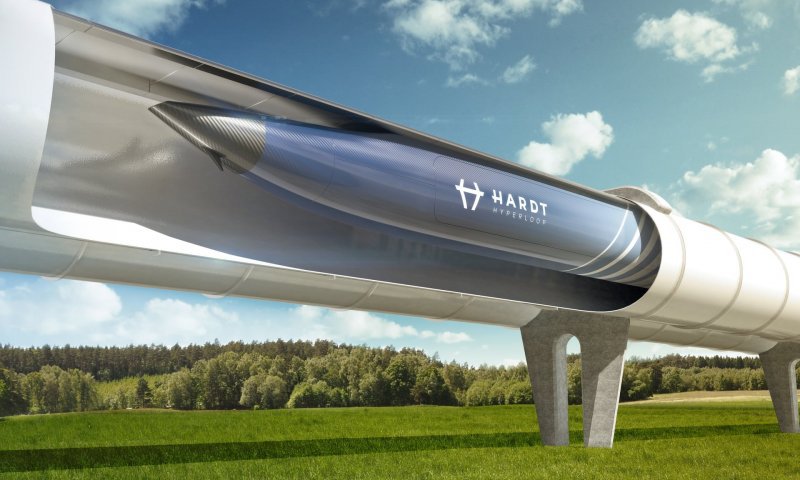 The Dutch company Hardt Hyperloop announced the results of a study that suggests that ultra-fast, low-energy travel with the Hyperloop system can become a reality over the next eight years. According to company representatives, it will allow a traveler to get from Paris to Amsterdam in just 90 minutes.

Hardt Hyperloop is developing ultrafast transport technology that includes an aerodynamic container moving with magnetic levitation and a linear electric motor with a speed of more than 1000 km / h in a steel pipe supported in a partial vacuum.

The firm reports that a new study conducted in the province of North Holland showed that the project could be cost-effective and begin work already in 2028.

“Hyperloop for passengers can become a reality as early as 2028. What makes it so unique is its high capacity, low power consumption and high speeds, which really significantly reduce travel time. For example, a trip between Amsterdam and Paris will take only 90 minutes, and it would be like taking a train, ”Hardt Hyperloop.

The hyper loop will be able to transport 200 thousand passengers per hour in each direction and will reduce the time spent on the train from Amsterdam to Paris by more than two times. Hardt Hyperloop notes that traveling from Amsterdam to Eindhoven takes 15 minutes, to Düsseldorf in less than 30 minutes, and to Brussels in less than an hour.

Economic modeling suggests that such time savings will bring an additional 275 billion euros to the GDP of the province of North Holland, which is equivalent to a 121% increase.

Jeroen Oltof, representative of the local government of the province of North Holland, called the idea promising.

“We know that people are ready to spend a maximum of one hour on a trip to work. With a high-speed hypercycle, you can cover much greater distances during this time. That sounds very promising. That is why we will engage in discussions with other authorities to advance this study, ”- Jeroen Oltof.

Hardt Hyperloop was founded after winning the international hypercycle competition organized by entrepreneur Elon Musk in 2017. At the same time, a 30-meter test tunnel was built, and work is currently underway on the construction of a three-kilometer test track in the province of Groningen.

The practicality of the hyper loop has been called into question since Musk suggested in 2013 that this system could be the future of high-speed travel for passengers and goods with low energy consumption.