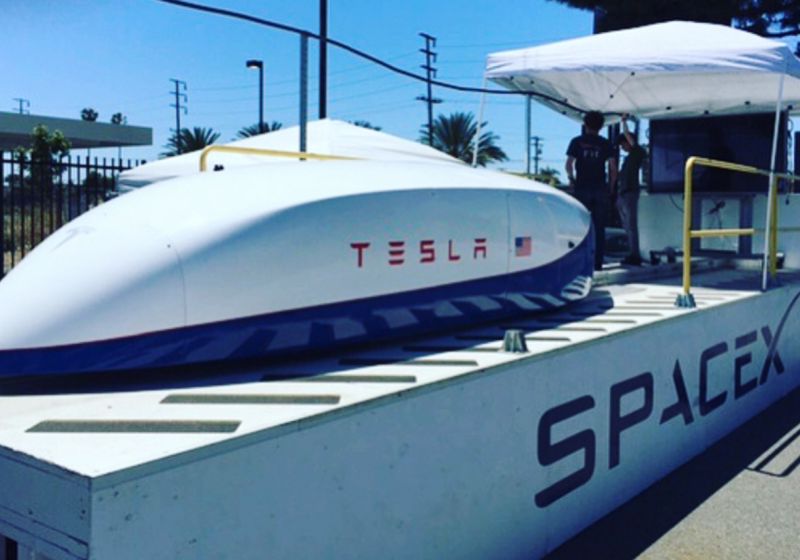 The head of Tesla company Ilon Mask suggested the idea of ​​a vacuum transport system several years ago. Since then, there have been many startups working on the implementation of the idea. But Mask himself did not stay aside, so his companies also take an active part in developing their own system. Workings are tested right on the territory of the company SpaceX, where the other day a capsule, created by engineers Tesla, was able to set a record, accelerating to 355 kilometers per hour.

Ilon Mask is sure that their vacuum tube located on the SpaceX test site allows to reach supersonic speed, that’s why other developers regularly test their capsules there. At the end of August, on the SpaceX test track, other development teams tested their capsules. The leader was a team from Germany, whose development was able to gain speed of 324 kilometers per hour.

The head of SpaceX is also interested in creating a vacuum transport system, which is indirectly evidenced by other developments. The Boring Company, which also owns the Mask and builds tunnels, also considers them as possible blanks for laying Hyperloop lines in the future.