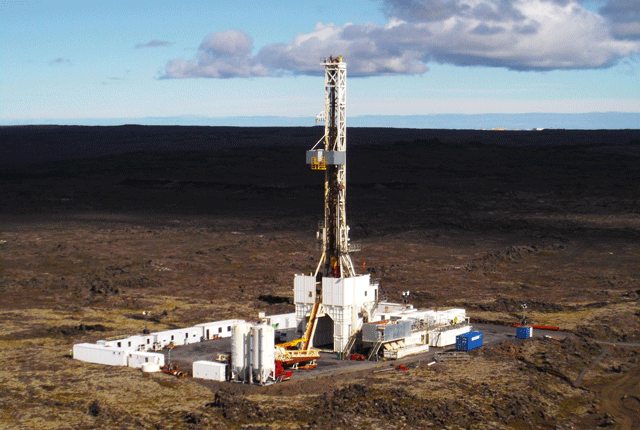 The Icelandic power engineering specialists the Buryat are deeper, than ever. By the end of the year they have to reach depth of 5000 meters: there, under kilometers of hot breed they expect to find almost perennial spring of energy.

Icelanders are engaged in deep wells not for the first time: all their country — a zone of volcanic activity, and the underground water warmed by heat of volcanoes supplies with energy of the city and settlements long ago. Depth of wells usually makes 2−3 kilometers, but have this time decided to go to a record.

To a critical mark there were few weeks, and temperature of basalt to which the drill goes reaches already 450 grudus: at the bottom of the well there will be all 500, scientists are sure. Such temperature and high pressure create supercritical parameters for the water lying underground at a depth: she both not liquid, but not gaseous, and when drilling escapes on a surface in the form of steam which energy is much higher than energy of steam which is coming out a teapot.

Geologists aren’t afraid to Doburitsya to magma: first, depth isn’t so big, and secondly, the last eruptions in the southwest of the country where the drill is established, have occurred 700 years ago, and scientists are sure that a situation quiet.

Gudmundur Omar Fridleyfsson, the leading geologist of the Iceland Deep Drilling Project (IDDP) and Asgeyr project Margeirsson, the project manager, consider that sverkhluboky wells will allow to drill less to receive the same amount of energy that is received from several wells of smaller depth now.