Iceland’s volcanic activity may increase due to climate warming 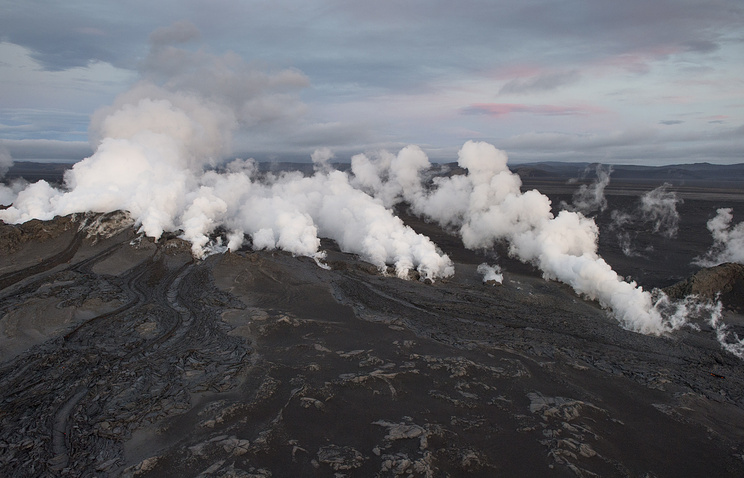 The melting of the glaciers of Iceland as a result of climate change on the planet can lead to an increase in the activity of numerous volcanoes located in the island state. This conclusion was made by researchers from the University of the British city of Leeds, whose article was published in the scientific journal Geology.

“Human-induced climate change leads to rapid melting of ice in regions where volcanic activity is observed, which in Iceland can result in more frequent eruptions,” says Graeme Swindles, associate professor at the University of Leeds, in a statement.

After studying the layers of volcanic ash, preserved in peatlands and lake sediments, the authors of the scientific work concluded that the activity of Icelandic volcanoes decreased noticeably in the relatively cold period between 3.5 and 2.5 thousand years BC, when the thickness of the Icelandic glaciers has increased significantly. According to observations of scientists, between the beginning of cooling and a noticeable decline in volcanic activity took about 600 years. As Swindles points out, the volcanic systems of Iceland are no longer experiencing the influence exerted on them by the so-called Little Ice Age of the 16th-19th centuries, but it is still difficult to say exactly when the eruptions on the island may become frequent.

As the colleague of Swindles explains, the American Ivan Savov, as the glaciers retreat, the colossal pressure that they weigh on the surface of the Earth decreases, which can lead to the acceleration of a number of processes in the mantle and the arrival of more magma into faults in the earth’s crust.

Iceland is an island of volcanic origin. It is located at the junction of two lithospheric plates, being in fact a crest of a tectonic seam rising above the surface of the ocean. The most active volcano in Iceland is Grimsvotn, which erupted 20 times in the last century – the last time in May 2011. To date, 22 of the approximately one and a half hundred Icelandic volcanoes are considered active. Many of them are buried under ice, the thickness of which in the case of the largest of the European glaciers – Vatnayokyudlya – can reach 1 km.

Over the centuries, the Icelanders learned to live next door to the rickety fire-breathing vents, but in 1783-1784 the strongest volcanic eruption of Laki almost forced people to leave the island completely. It caused a massive loss of livestock and famine among the population, which led to the death of 10 thousand people. In 2010, the eruption of a volcano that had no name of its own under the Eyjafjadlajökull glacier paralyzed air traffic in the sky over much of Europe for six days and resulted in enormous losses for air carriers.