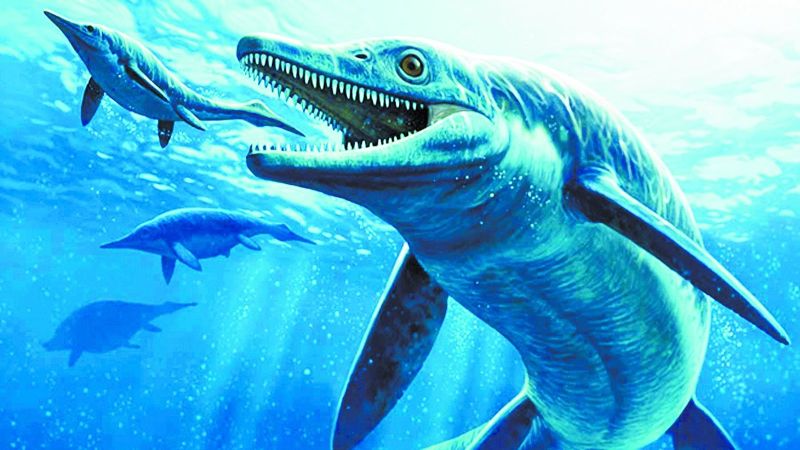 A unique sample of ichthyosaur of the Jurassic period retained the remnants of soft tissue, which indicated the warm-bloodedness of these marine reptiles.

Almost the entire Mesozoic era, as long as dinosaurs dominated on land, the “kings of the seas” remained related to them ichthyosaurs. Outwardly, they were somewhat reminiscent of modern dolphins, although the dimensions could gain whale. And, like the mammals of today’s ocean, these reptiles were warm-blooded – this is the conclusion reached by the authors of an article published in the journal Nature.

A paleontologist from the University of Lund Johan Lindgren (Johan Lindgren), together with colleagues from Sweden and other countries, conducted a new analysis of a sample of a representative of the genus Stenopterygius, previously found in Germany, in the Holzmaden mines and dated to 180 million years. Such ichthyosaurs reached several meters and, apparently, were quite common: today more than a hundred of their remains are known. However, the studied at this time were unique and retained small fragments of soft tissue.

Modern technologies, including radiography, mass spectrometry, immunohistological analysis, and the like, allowed scientists to determine the composition and internal structure of the sample down to individual cell layers. Were identified areas of smooth skin that has lost the characteristic reptile scales. On the surface, it was possible to examine the pigmentation, showing that Stenopterygius used the usual camouflage for marine animals: the dark upper side of the body, and the light one – the lower. But the fabrics under the surface were much more interesting. 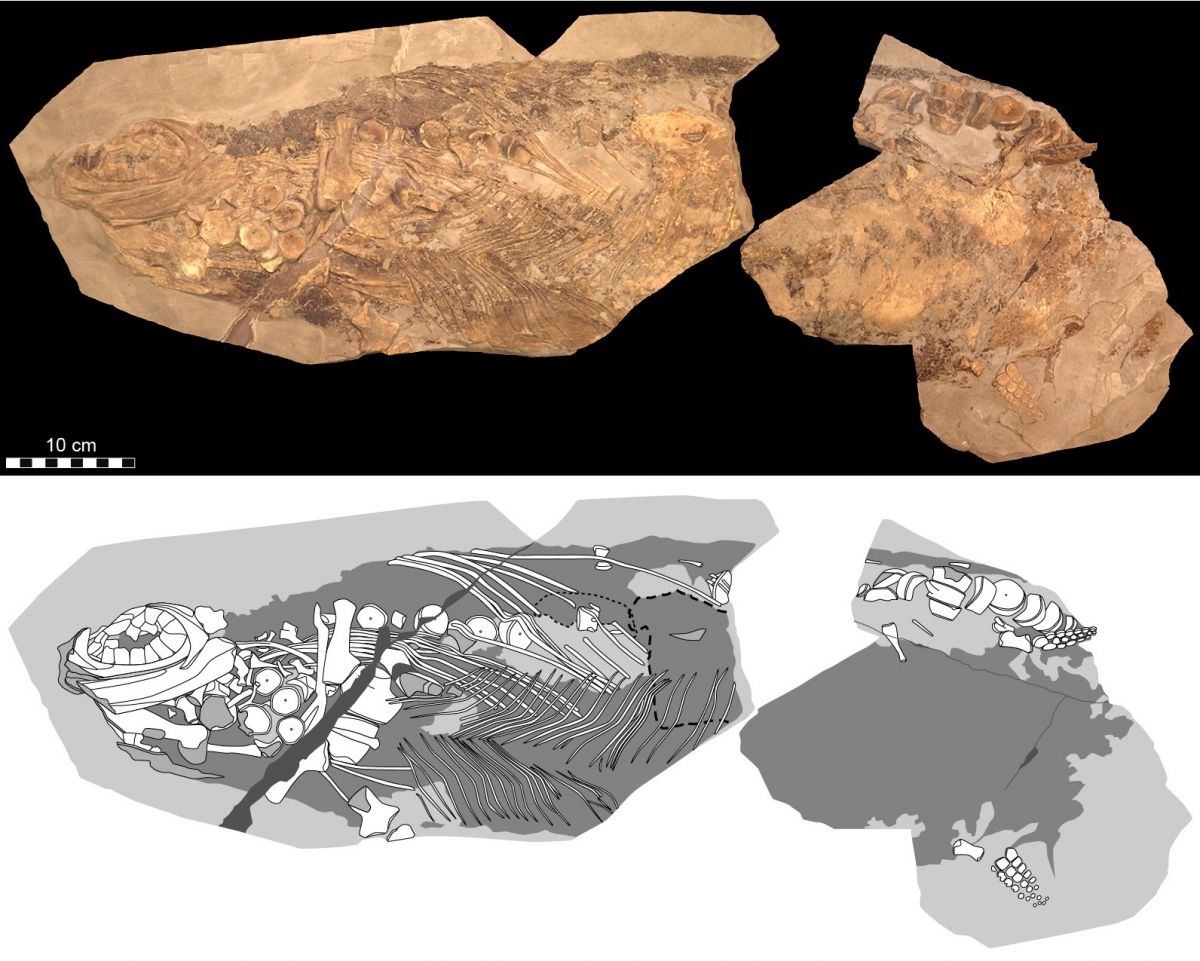 Photographic and schematic reconstruction of a fossil, in some areas of which ichthyosaurus soft tissue has been preserved / © Johan Lindgren, NCSU

The inner layers of the skin turned into an insulating fat layer of a characteristic composition. Such dense fat serves as a modern marine animal for stockpiling, thermal insulation and giving greater buoyancy. It is available only in warm-blooded amniotes – mammals, birds and reptiles, and as an adaptation to life in cold water – in whales, polar bears, penguins, fur seals, some turtles. This, according to the authors of the work, reliably indicates the warm-bloodedness of ichthyosaurs.