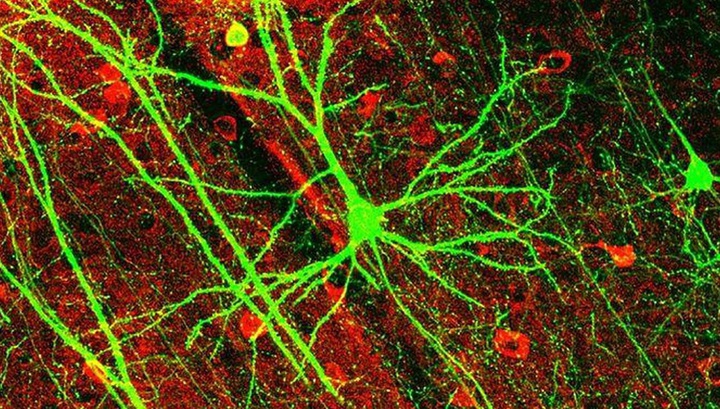 The human brain contains 85-86 billion neurons. Each of them connects to other cells, forming trillions of compounds. The place of contact of two neurons or a neuron and a signal receiving cell is called a synapse. A nerve impulse is transmitted through them.

All this is known to researchers long ago: more than a hundred years ago, physiologists already knew that each neuron functions as a centralized excited element. It accumulates incoming electrical signals in its body (soma) and, when they reach a certain limit, generates a short electrical impulse into numerous branches – dendrites. At their ends are membrane outgrowths – spinules. It is there that the impulse is sent, and when the spines of one neuron are connected to the spines of the other, a synapse is formed. (However, this is only one kind of contact: synapses are also formed by the contact of the dendrites themselves, as well as the bodies of the neurons).

A new study, led by Israeli experts from the Bar-Ilan University, dethroned the classic assumptions about the activity of neurons.

In 1907, the French neuroscientist Louis Lapic proposed a model according to which the voltage in the dendritic spines of neurons increases as electrical signals accumulate.

When a certain maximum is reached, the neuron reacts with a burst of activity, after which the voltage is reset. This means that the neuron will not send a “message” if it has not yet “collected” a sufficiently strong electrical signal.

The next hundred years, neurobiologists studied the cells of the brain, based on this knowledge. However, now scientists have conducted new types of experiments and proved that Lapik was wrong.

The researchers found that each neuron functions not as a set of excitable elements. On the contrary, its dendritic processes can act in different ways. Roughly speaking, the “left” and “right” dendrites do not wait for the accumulation of signals in order to summarize them and generate an impulse. They “work” each in their own direction, creating completely different impulses.
“We came to this conclusion using a new experimental setup, but in principle, these results could be detected using technologies that existed since the 1980s.” The belief in scientific discoveries of a hundred years ago led to this delay, “says the head of the work Professor Ido Kanter (Ido Kanter).

His team investigated the nature of the neural impulse itself – a burst of electrical activity. One experiment assumed the application of an electric current to the neuron from different sides, and in the second, the effect of multiple input signals was used.

The results indicate that the direction of the received signal can significantly affect the response of the neuron. 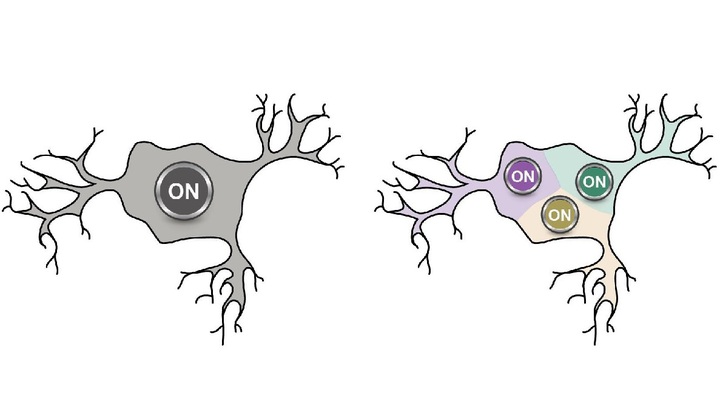 For example, a weak signal “on the left” and an equally weak “right” neuron does not sum and respond with an impulse, but if one of the sides receives a more powerful signal, even he alone can trigger the neuron response.

According to Kanter, it is necessary to abandon traditional ideas and re-examine the functional capabilities of brain cells. First of all, it is extremely important for understanding the nature of neurodegenerative diseases. Perhaps neurons that are unable to differentiate between “left” and “right” can be the starting point for identifying the origin of these diseases.

Also, experiments called into question the method of “spiky sorting”, which is used by hundreds of scientific groups around the world. It helps to measure the activity of many neurons at once, but, like other methods, is based on assumptions that may soon be officially recognized as obsolete.

However, the primary task for neuroscientists is to understand how neurons “sort” incoming signals and how to form a “tip”.

In addition, the authors emphasize that they conducted experiments with only one type of nerve cells – pyramidal neurons (as in the main photo). And they are also pear-shaped, granular, stellate, fusiform and irregular.

By the way, in addition to medical applications, the discovery can also contribute to the creation of more sophisticated artificial neural networks.