If not for humans, there were many more flightless bird species 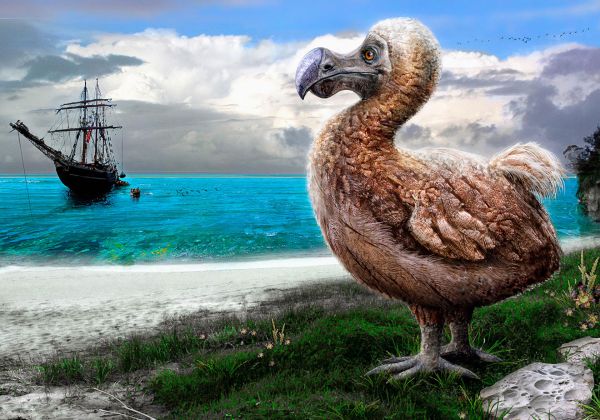 Swedish scientists believe that the impact of humans on the environment has changed many ecosystems around the world and led to the extinction of a large number of animal species, including flightless birds.

The work was published in the journal Science Advances. The evolution of many bird species often leads to the fact that they lose their ability to fly. According to scientists from the Center for Biodiversity and Environmental Research at the University of California in Gothenburg (Sweden), who conducted the study, this phenomenon occurs in more than half of the orders of birds and has developed independently at least 150 times.

The fact is that a lot of energy is required for flight, and if birds no longer need it – for example, they find themselves on islands where there are no large predators – they rather quickly switch to the “foot” mode. Experts have compiled a list of all bird species that have become extinct since the conditional moment of the appearance of Homo sapiens, from the late Pleistocene era, 126 thousand years ago, to the present day. A total of 581 species were counted. Bird watchers believe that almost all of these animals became extinct due to human influence. Moreover, the remains of these species show that 166 of them were flightless.

Today, scientists know only 60 species of birds that have lost the ability to fly. Based on their analysis, experts suggested that if it were not for humans, there could be at least four times more flightless bird species than now. It is these species of birds that are much more prone to extinction than flying ones. After all, after they lose the ability to fly, it will not be possible to return it in a short time. Man appeared in their habitats suddenly and quickly exterminated tasty and easy prey (flightless birds).

So, most of the islands around the world were inhabited by such species of birds before the arrival of people there. Cats and rats, which have accompanied people for thousands of years, wherever they are, could also help in exterminating birds. The extinction of flightless birds continues today – these are the species that tend to be more widely represented on the lists of endangered animals than ordinary birds.