If the Earth warms by 1.5 degrees, the world will die annually to 350 million people 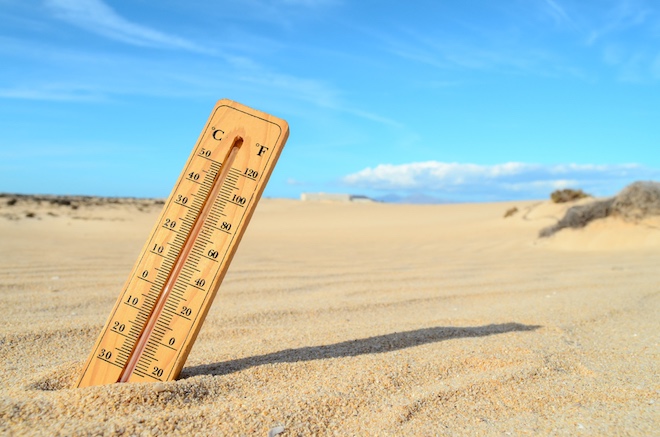 Because of the warming of only 1.5 degrees Celsius, every year in the world will die to 350 million people. The Paris climate agreement, adopted on December 12, 2015, obliges states to restrain warming by 2 degrees Celsius. Moreover, it is advisable not to let the global temperature rise more than 1.5 degrees.

However, scientists believe that even 1.5 degrees of growth is a mortal danger for earthlings. If events develop according to this climate scenario, by 2050, up to 350 million people per year will die on the planet.

The worst is for the people of the city of Lagos in Nigeria. Here, people will suffer from heat stress 100 times more than in 1979.

The temperature will rise, the humidity of the air will increase. As a consequence, the human body will experience problems with heat transfer, which is necessary for normal cooling of the body.

To determine the relationship between the rise in air temperature, humidity and human mortality, the scientists investigated 44 major cities. According to predictions, the record heat wave of 2015 in Indian Calcutta, which killed 3.4 thousand people, will become a common occurrence with an air temperature increase of 1.5 degrees Celsius. And if the temperature rises by 2 degrees, such a heat will be the norm for the Pakistani city of Karachi. After a list of those who are exhausted from the record heat of the cities will go to Tokyo. The temperature rise of 4 degrees Celsius will cause New York to fry.

The study did not take into account social, financial, political factors. Developed New York can better adapt to heat waves than the overpopulated and poor cities of India and Pakistan.