If warming is not stopped, people in the tropics will begin to die from the heat, climatologists warn. 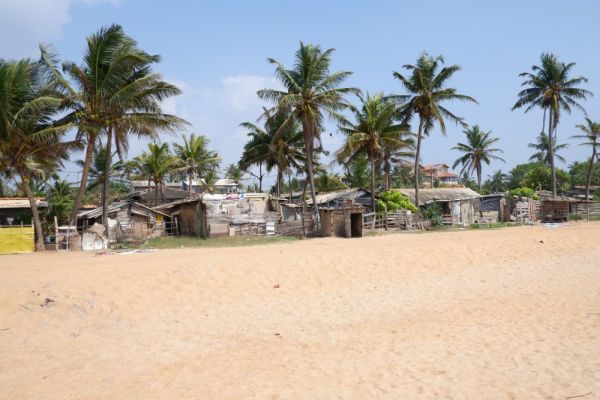 The human body has tremendous adaptability, but even these have limits. And, according to the authors of the new study, the tropical regions of the Earth will become too hot for Homo sapiens to live when the average annual temperatures are 1.5 degrees above current values.

The study by climatologists from Princeton University is published today in the peer-reviewed journal Nature Geoscience. Isaac Held, Yi Zhang and Stephan Fueglistaler combined data from 22 climate models. Scientists analyzed how quickly the wet-bulb temperature (TW) would reach 35 degrees Celsius in the tropics. 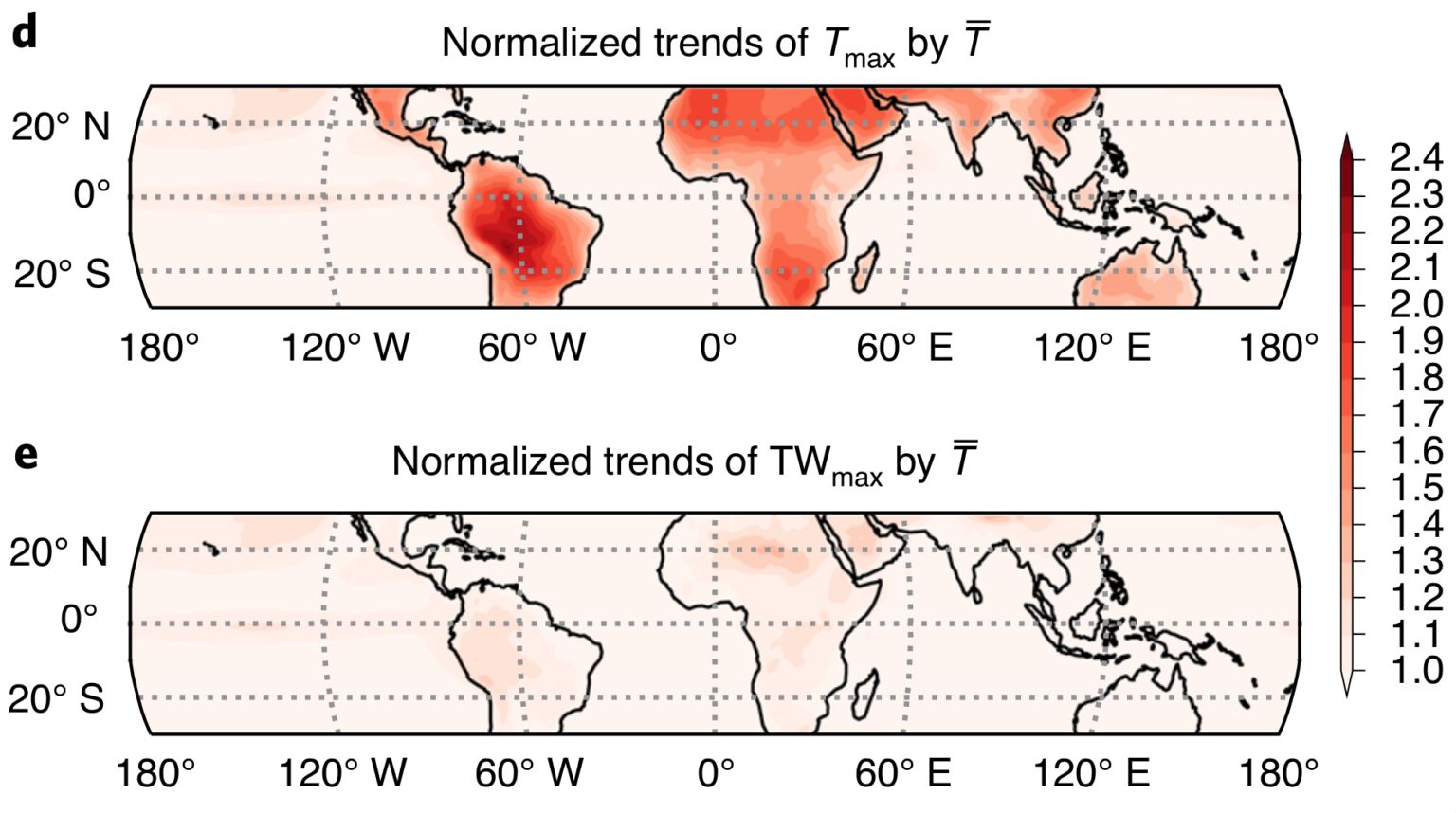 Visualization of global trends in temperature rise (normalized values ​​between 22 models): d – maximum, e – wet thermometer (TW). An increase in TW by 1.1-1.3 degrees is already calling the habitability of this area for humans into question

This indicator is extremely important for human survival for the following reasons. The fact is that the main way for people to naturally cool their bodies is evaporation. We sweat, this process takes away some of the heat and allows us to maintain a normal temperature for the body’s life. However, the efficiency of evaporative cooling is inversely proportional to air humidity.

That is, at high temperature and humidity, which is typical for tropical regions, the adaptation limits of the human body will be reached faster. The critical value is considered to be 35 ° C – when this temperature is reached, the skin does not have time to lose heat. Even if a person has an unlimited supply of drinking water, he cannot survive such conditions for a long time without consequences for the body. American physiologists came to such conclusions ten years ago.

To determine the temperature taking into account humidity, a measurement with a wet thermometer is used – that is, covered with a cloth moistened with water. This method allows you to estimate the difference between an open thermometer and cooled water evaporation in a specific environment. And accordingly, and assess the ability of a person to safely be in them. As Zhang and his colleagues have established, already with an increase in average annual temperatures of 1.5 degrees Celsius, in regions between 20 degrees north and 20 degrees south latitude, TW will reach 35 ° more than three hours a day.

With the most pessimistic forecasts, a large part of the world’s population will be in constant danger of hyperthermia, especially given that the countries located in the tropics show the greatest demographic growth. And if at first this will only affect the performance of people, then in the future chronic overheating will literally lead to death. In the long term, heat strokes, especially frequent ones, threaten to seriously disrupt the activity of the cardiovascular, nervous and respiratory systems of the body.

However, not everything is so bad, this is just one of the models. In addition, the Earth’s biosphere went through similar warming earlier and large animals lived in the tropics, for example, during the last interglacial (Mikulin) about 130-115 thousand years ago. But you should not relax either, such a strong increase in the temperature of a wet thermometer, at least, will seriously increase the need for energy for tropical regions – air conditioners will become vital in the economy.