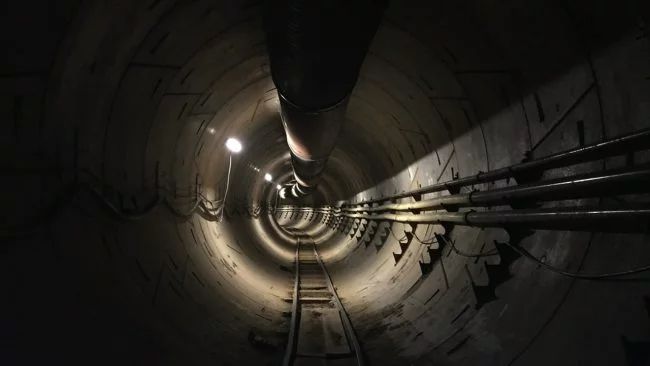 American entrepreneur Ilon Musk announced that a high-speed tunnel test line near Los Angeles, which is being built by The Boring Company, will be open on December 10. The businessman said this on Twitter, adding also that on December 11, a test line with a length of about 1.5 kilometers will be shown to the public and even offered a free ride.

Recall that Musk received permission to build the underground high-speed tunnel The Loop (not to be confused with Hyperloop, which will be intended entirely for other purposes) in the city of Hawthorne, in the southwestern part of the administrative district of Los Angeles, California near the airport.

According to current ideas, the speed of movement in the tunnel will be about 250 kilometers per hour. However, it is not yet clear how quickly people can get from point A to point B so far, since Musk did not say how fast the vehicles will be accelerated in the tunnel. According to media reports, the current average speed when moving in the usual urban underground tunnels in Los Angeles is slightly more than 40 kilometers per hour.

According to the photos presented on the company’s website, The Loop’s underground tunnel looks like any other average underground subway tunnel.

Recall also that in June, Boring won a tender for the construction of an underground high-speed transportation system near Chicago. The total duration of the line between the city center and O’Hara International Airport will be 29 kilometers, which passengers can travel in just 12 minutes. When using the usual Chicago train ride takes much longer – about 40-45 minutes. The construction of high-speed transport line Boring Company has not yet begun.