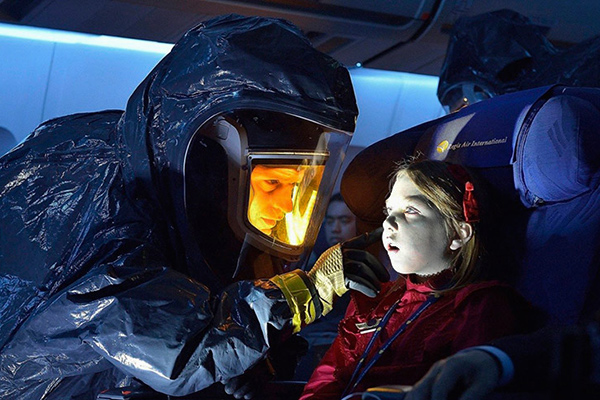 Bacterial infection that cannot be cured by antibiotics, are distributed worldwide and annually kills hundreds of people. People are actually losing the arms race with the microbes, which develop a reliable protection against drugs.

Many researchers talking about the decline of the era of antibiotics. Given that these drugs save the lives of thousands of people suffering from pneumonia and abscesses, humanity can go back to that dark time when means from bacterial infections was not. Therefore, doctors all over the world are making efforts to study antibioticresistant “superbugs” to develop means to combat them and prevent their spread. However, while the microbes win.

Last week doctors from Nevada (USA) reported the death of an elderly woman living in Reno. Prior to that, she was in India, where the bacteria possessing multiple resistance to antibiotics, are more common than in America. During your stay in this country, she broke a rib and getting infected bone tissue. Within two years it repeatedly was hospitalized in India.

Last year, she returned to the United States, and in August she was placed in the hospital in Reno. The doctors discovered that she was infected with carbapenem-resistant enterobacteria (carbapenem-resistant enterobacteriaceae, CRE). The so-called microorganisms that inhabit the intestines of humans and become resistant to carbapenems — a number of reserve antibiotics, which are used only when other agents do not give any result. The protection they provides the gene blaKPC, which encodes an enzyme carbapenemase, which neutralizes the drug, splitting it. 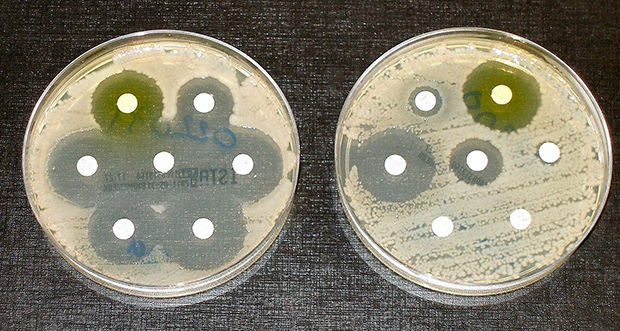 Development of resistance in bacteria in the right Petri dish

Director of the Centre for control and prevention (CDC) Tom Vreden called CRE “nightmare bacteria”, because they cause the most threat of superinfection.

Enterobacteria, which impressed the woman belonged to the species Klebsiella pneumoniae: causative agents of pneumonia and is able to hit the organs of the urogenital system. The tests showed that the microbe is resistant to all 14 drugs that were used in the hospital. The specialists sent a sample to the CDC lab for further testing, the results were disappointing: in the world there were no antibiotics that could fight infection. The woman was doomed.

The reason for the appearance of superbugs lies in the use of antibiotics. Some micro-organisms because of the genetic differences are a little more resistant to drugs than others. If the patient for some reason to interrupt the course of treatment with antibiotics, these bacteria can survive and give rise to a new population. This selection happens again and again, causing the microbe develops resistance to it. It is therefore dangerous to the frequent use of antibiotics, in which the selection is more intense. Outbreaks often occur in hospitals, where the constant use of antibacterial drugs and is a lot of people with weakened immune systems. 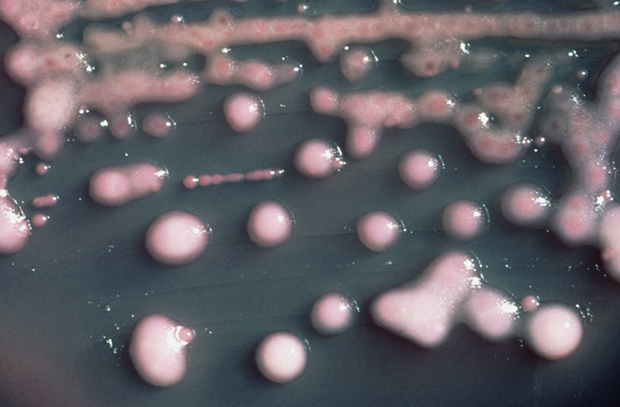 The case of a woman from Nevada is not unique: every year, according to experts, CRE kills about 600 people. Researchers believe that by 2050 from superinfection will annually killed up to 10 million people. This contributes to the fact that different types of bacteria can exchange the resistance genes. So, the gene blaKPC, is located in plasmids — small circular DNA molecules that are separate from chromosomes. Plasmids are characteristic of bacteria and serve as a kind of transport, which facilitates horizontal gene transfer carbapenemase from one microbial cell to another. In addition, outside of the United States discovered a number of bacteria with different genes contributing to antibiotic resistance.

Scientists from the Harvard school of public health T. H. Chan in Boston and the Ford Institute at Harvard University and the Massachusetts Institute of technology found that CRE have enormous genetic Toolkit for the development of resistance. The researchers studied the genomes (the totality of genes and intergenic DNA) 122 resistant to antibiotics and 141 vulnerable to drugs Enterobacteriaceae from four hospitals in the USA.

It turned out that each hospital attended various CRE strains, whose resistance to antibiotics is caused by different genetic factors. The latter can be transferred between bacteria through mobile genetic elements — DNA sequences, which are also moved and copied within the genome. Scientists have discovered that new strains can appear in the body of a single patient and be contagious without causing symptoms for many months. In the end, in a single microorganism having a combination of genes that protect it from other drugs.

According to scientists, this means that existing tests can’t detect many resistant bacteria. The fact is that the tests check for specific genes that contribute to sustainability, however, overlooked other factors of invulnerability. Therefore, one of the conditions for a successful fight against superinfection, the authors referred to studies of whole genomes of microbes to identify molecular mechanisms of resistance.