Imperial penguins are threatened with extinction 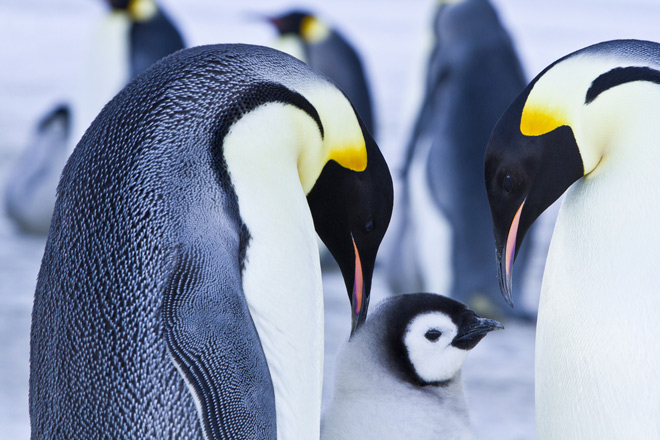 If the predictions about the melting of sea ice in Antarctica before the year 2100 are correct, we can forever lose the imperial penguins.

Some species of animals can adapt to climate change, but the melting of Antarctic ice will deprive the imperial penguins of breeding and feeding places, questioning their existence.

The new forecast shows that by the end of the century, in just three generations, the populations of the emperor penguins can be reduced by 99%. Biologist Stephanie Zhenwrier from the Oceanographic Institute in Woods Hole (USA) believes that the imperial penguins deserve protection under the auspices of the Endangered Species Act.

The relationship between the emperor penguins and sea ice is very fragile. If sea ice is small, the birds will lose their breeding and hunting grounds. Too much ice will cause adults to make too long hunting trips, and the chicks will receive less food than necessary.

Scientists learned about the ability of penguins to migrate to places with optimal ice conditions. They created models for the resettlement of 54 penguin populations, taking into account their behavior, distance of settlement and forecasts for the volume of sea ice.

According to the modeling, until 2036 the populations retained their numbers. Then the penguins expected a ten-year period of “ecological salvation.” But already in 2046 the populations began to decrease again, no matter how the penguins were settled. All migration scenarios showed that the number of penguins by the year 2100 will be reduced by 40-99%.