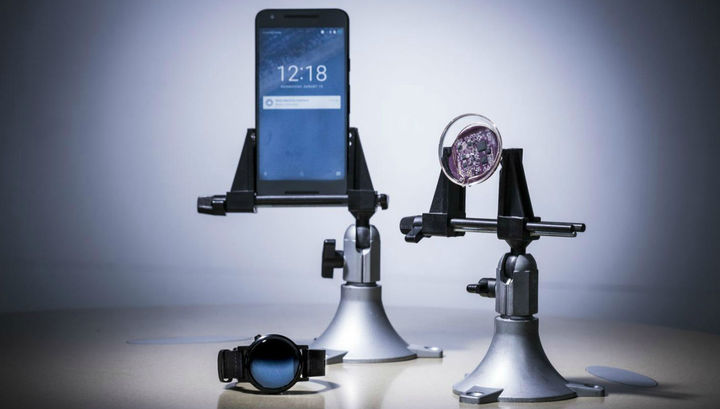 One of the major problems of modern implantable devices, which tipped a bright future — the lack long lasting batteries, that is, a constant and full supply. But, if the pacemaker implant in the brain or bio-robots in the blood over the battery, it cannot simply be recharged. For the salvation of man required surgery, which can lead to complications and even death.

Powerful and bulky battery such miniature devices to equip will not work. Therefore, their developers still settle for less and can’t afford to supply them with a whole bunch of useful features.

But researchers from the United States, seem to have found a solution: they propose to use existing communication channels Wi-Fi, ZigBee and Bluetooth to implantable and wearable devices were able to communicate and transmit the necessary data to your smartphone, tablet, or smart watch user. Then, the application (on a large rechargeable device) will be able to transport important data on the computer doctor, for example.

The key to the solution of the following Americans: to equip the electronic implant or tattoo (for example, here’s a very interesting) antenna, which will change the signal sent by the application in the mobile device using Bluetooth or ZigBee.

Instead of generating its own Wi-Fi signal, our technology creates it, using the Bluetooth transmission from nearby devices, such as smart watches, ” says one of the authors Vamsi Talla (Talla Vamsi) from the University of Washington.

The basis of decision — the phenomenon of backscattering (backscatter in the original). It helped to create the technology of communication devices with each other using the existing signals (e.g., a Bluetooth signal is actually converted to Wi-Fi). Since in this case we are talking about the interaction of devices with each other, a new technology called Interscatter (translated as inter among, between). Thanks to her devices such as wireless headset, become both sources and receivers of the reflected signal.

Engineers demonstrated the efficiency of its decision on the example of the Bluetooth transmission from smart watch to smart contact lens with an antenna. Watch using a specially created app first send a signal (clean sheet), which can record desired information (e.g., data about blood sugar patient). The lens receives the signal and reflects it, slightly modified. Watch then read it as a standard Wi-Fi package and convert into information for the application that shows the patient specific data here and now, and signals the need to take medication or an injection.

Scientists have also solved the problem that occurs in the backscattering signal, namely, the emergence of mirrored copies of a signal which creates interference with other sources and sinks Wi-Fi, and is used frequency. The team of Tally managed to get rid of these unwanted byproducts.

Later, the engineers of the United States showed that as successfully interact between a smartphone and an implantable device that records the activity of neurons in the brain.

As explained by the head of the research group of associate Professor Joshua Smith (Joshua Smith), technology Interscatter allows you to increase the battery life introduced into the body of the medical device and yet does not deprive him of the opportunity to use Wi-Fi signals to communicate with other gadgets (in this case power consumption does not exceed a few tens of microwatts).

As for other applications of the technology, the scientists showed that using Interscatter can talk between themselves and the smart banking card. A prototype of such system used a Bluetooth signal from a smartphone. The application will allow the user, for example, to divide the payment between multiple credit cards, without further action on his part.

The technology, invented by American engineers, is described in the article, which was published at the end of their speeches at the SIGCOMM conference in 2016 in Brazil.