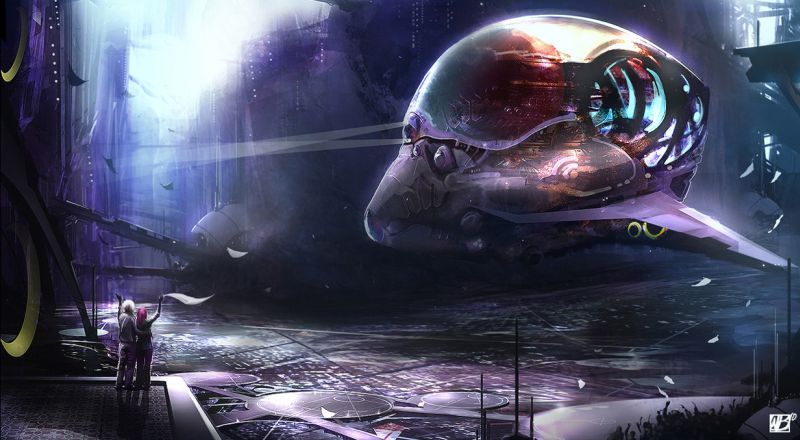 People who seriously talk about the existence of extraterrestrial civilizations are usually considered either dreamers, or writers, or crazy. But as people go deeper into the universe, some official institutions such as the United Nations consider it prudent to establish official rules in case the aliens are actually found. Before you are ten rules of behavior, which you need to know in case the aliens decide to enter into contact with the Earth or the astronauts will come across an alien civilization. Otherwise, you can go to jail.

Astronauts must undergo quarantine upon return from space 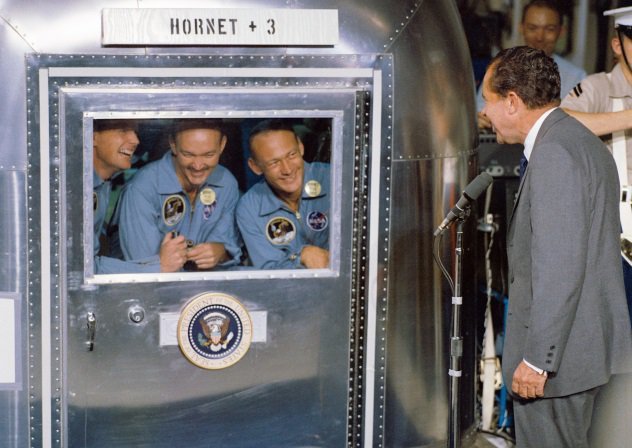 The US Congress passed the Extraterrestrial Extermination Act in 1969. This law prescribes that all astronauts returning from space trips be quarantined for a certain period of time. This is necessary in order to ensure that they do not unknowingly (or knowingly) bring any form of life to Earth. This was done shortly before the mission of Apollo 11. NASA has never experienced so much about small green men, as about microbes that can cause an outbreak or an epidemic on Earth.

Strangely enough, this law was misinterpreted by some people who considered that it forbids Americans from establishing contact with aliens. The law was repealed in 1977, after several successful NASA missions showed that astronauts do not bring pollutants from space. Despite this, people still publish angry rants on the Internet, complaining that someone forbids them to communicate with aliens.

On the extraterrestrial life, we must immediately inform the UN 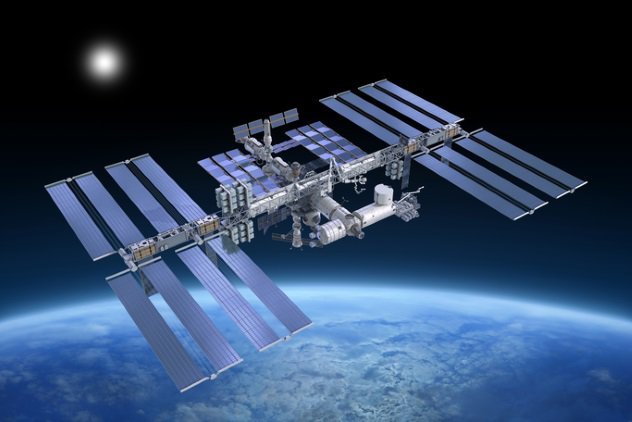 In 1967, the United Nations established the Treaty on Principles Governing the Activities of States in the Exploration and Use of Outer Space, including the Moon and Other Celestial Bodies. It is often called the “Treaty on Outer Space”, because no one remembers the full title of the treaty. Initially it was signed by Russia, the United Kingdom and the United States, but now there are already more than 125 countries under it.

Article V of the Outer Space Treaty states: “The States Parties to the Treaty shall promptly inform the other States Parties to the Treaty or the Secretary-General of the United Nations of any phenomena they discover in outer space […] that may pose a danger to the life or health of the astronauts” . Naturally, this includes the discovery of aliens.

In 2011, the Director of the United Nations Office for Outer Space Affairs, Mazalan Othman, delivered a speech in which she stated that before the Earth comes into contact with aliens, it must have systems to ensure this interaction. This led to widespread reports that Othman is an “alien ambassador” to the UN. Othman denied this.

In any case, the UN will be one of the first to be aware of if the cosmonauts encounter something extra-terrestrial. 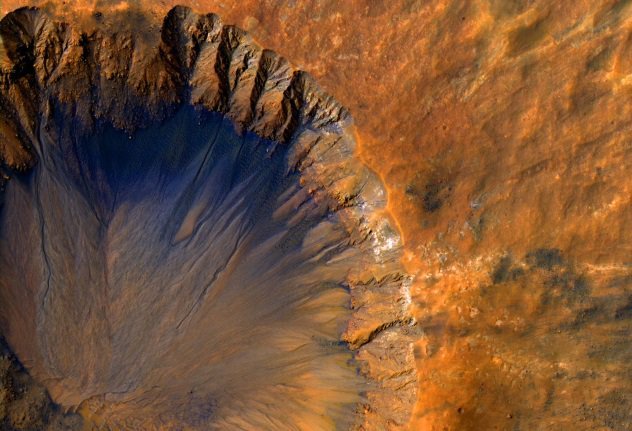 After observing the liquid water on the surface of Mars, the probability of the presence of life there has grown substantially. The Space Treaty prohibits the possible contamination of extraterrestrial life by the forces of people and human technologies. Wherever there is liquid water, a “special region” is formed, to which special rules apply. Other “special regions” include places with caves or volcanic activity.

That’s why NASA rovers did not go to take photos of the liquid water on Mars, despite all the excitement caused by its discovery. Rovers do not meet the standards of sterilization, which are considered safe to search for life in areas where it may be.

People also can not go to these areas until the sterile robots begin to conduct research. But as several companies, including NASA, SpaceX and Mars One, are pushing their plans to send people to Mars, the question is: will people obey the rules and stay away from the place where the greatest discovery of our time could have been born?

What brings us to our next law … 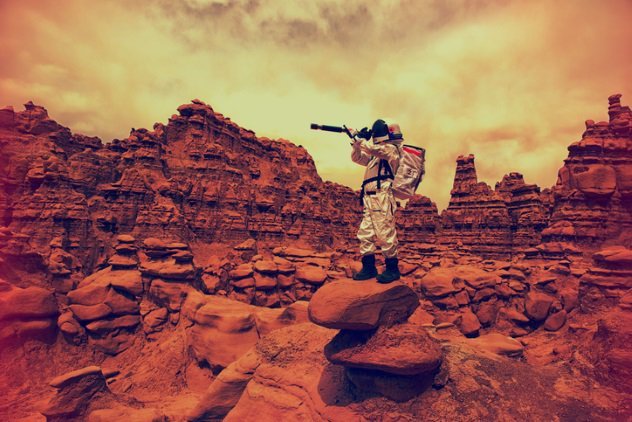 According to the UN Treaty on Outer Space, no person or nation can own any part or the whole planet, since they belong to “all of humanity”. And since different countries are working on issues of long-term exploration and possible colonization of Mars, the question arises, what laws will be applied on Mars to expats (who then become aliens for us)?

The UN has a declaration for this. In 1962, the United Nations adopted the Declaration of Legal Principles Governing the Activities of States in the Exploration and Use of Outer Space, which states that anyone who sends a rocket into space will retain its jurisdiction over it and people in it. Just like the ship’s crew in international waters, the ship’s crew on Mars will have to follow the rules of the country that launched the ship. For example, NASA astronauts must still follow the laws of the United States. 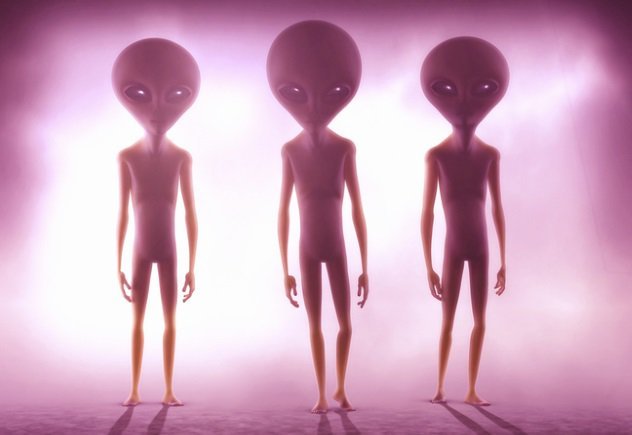 In 1953, an American lawyer and former vice-president of the International Astronautical Federation, Andrew Haley, published an article in which he discussed the idea of ​​such an appeal to aliens that any person would like to have, even though they can from other lands. The idea to expand the golden rule to include aliens, became known as “meta-law”.

Then the meta-law was formulated by the Austrian lawyer Ernst Fazan. It included three key principles:

People should not harm aliens
Aliens and humans are equal
People should understand the desire of aliens to live and have a safe space for this.
In other words, there is no need to beat the aliens in the face, like Will Smith in the “Independence Day”.

Astronauts are messengers on behalf of the human race 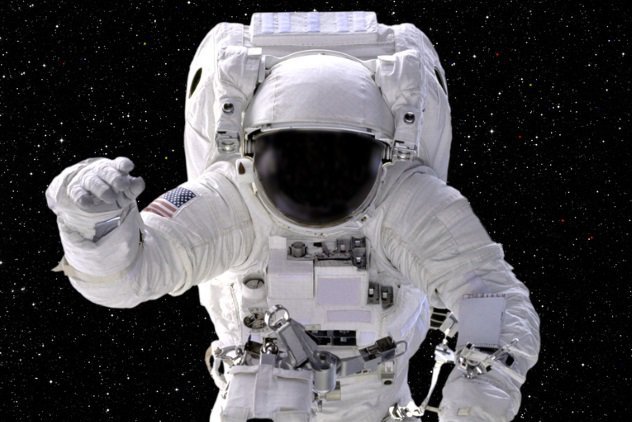 The UN, with all its rules on space exploration, does not forget the old saying: “You will never have a second chance to make a first impression.” Therefore, the Declaration of Legal Principles governing the activities of States in the exploration and use of outer space includes a section in which astronauts are designated as “envoys from humanity in outer space”.

This makes one wonder whether the training of cosmonauts includes a course of etiquette on how to make the first contact and not to harm humanity. According to retired American astronaut Clayton Anderson, currently in the training program for astronauts NASA does not include instructions for actions when dealing with aliens.

Aliens will have to pay taxes 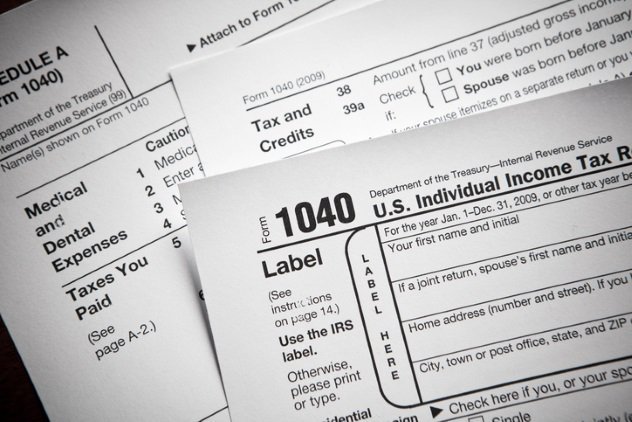 An alien, fined by the tax – that would be an interesting first impression.

According to US law, everything that is sold to the United States in outer space is considered sold in the United States. This means that it is subject to US tax law. The law does not say anything about the exemption from sales of unearthly life forms.

American tax rules also apply to goods that are traded on barter. This is a kind of ban on the separation of interplanetary technologies. However, NASA is exempt from taxes, so it can conduct any transactions that it wants. Unfortunately for aliens, if they have not previously registered with the US as a non-profit organization, they will receive an unpleasant first lesson about what the life of an ordinary American who must pay taxes.

It is possible that in other situations the picture will be similar.

Aliens can be kidnapped 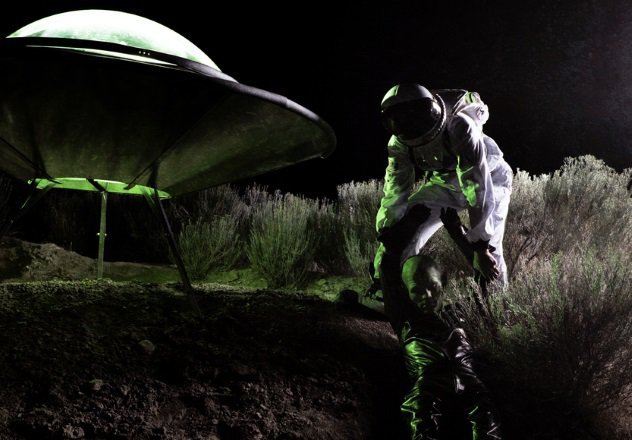 The first person to be widely praised for reporting a kidnapping by aliens was Brazilian Antonio Vilas Boas. In 1957, a 23-year-old Boas claimed to have been abducted by aliens.

Seven years before, the US military had developed a first-contact plan called “Seven Steps to Contact”, in which one of the steps actually involved the abduction of several aliens (if they are technologically weaker) for study. Yes, yes, we could become eerie aliens, stealing creatures from their own planet and returning them later, so that they recount terrible stories to their distrustful peers. 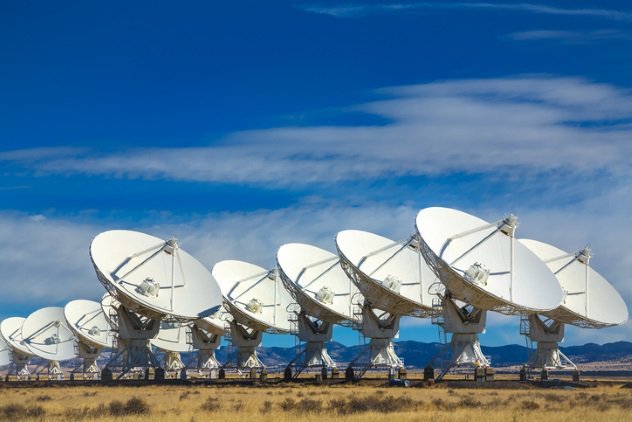 The Standing Committee of the IAA SETI, or shortly the International Academy of Astronautics for the search for extraterrestrial intelligence, is an international organization that deals exactly with what its name says: hunting for aliens. They track different types of waves (radio waves, microwaves) in search of possible broadcasts from extraterrestrials.

Although people who conduct SETI experiments have not always been highly respected, some big names and agencies have demonstrated support for SETI and its methods. In 1896 Nikola Tesla proposed using radio waves to send messages to aliens. Since 1960, NASA has been funding SETI programs at its own expense.

The Standing Committee of the IAA SETI wrote a Declaration of Principles relating to activities after the discovery of extraterrestrial intelligence. It outlines the basic rules of behavior, if someone who performs SETI experiments, in fact, will detect the signals of aliens.

If such a signal is detected and confirmed, it can not be answered until the information is spread around the world and a universally accepted response is formed. It turns out, there will be a lot of time between the detection of the signal and the response to it. One can only hope that aliens will be more patient than earthlings.

Alas, the cosmos belongs to the Earth 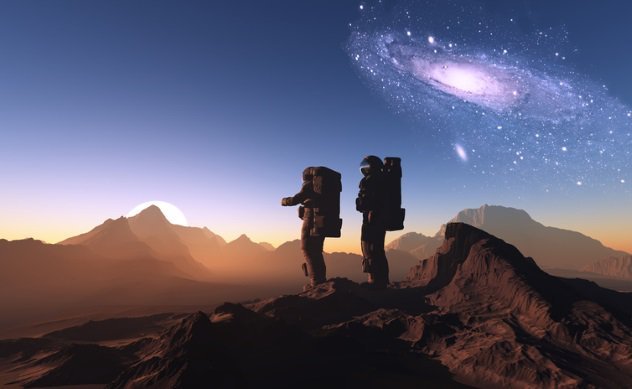 As we have already mentioned, the UN Space Treaty calls space and planets “the property of all mankind”. The UN also imposes responsibility on the countries before the Earth for any damage that they can bring to the planets. Difficulties can arise when the next Columbus is born on Earth and proclaims a foreign house its newly acquired property.

This will be especially true if the Random Simberg law on premiums for space settlements is adopted. Simberg suggests that a kind of planetary self-engagement will lead to faster colonization and a stronger economy of the Earth. Owning a part of the planet or it entirely runs counter to the Treaty on Outer Space, but this applies only to those countries that have signed it. And what is it worth for the nation to say that it is withdrawing from the treaty and go to set up a banner on another planet?