Impossible fuel-less engine is running, but no one knows why 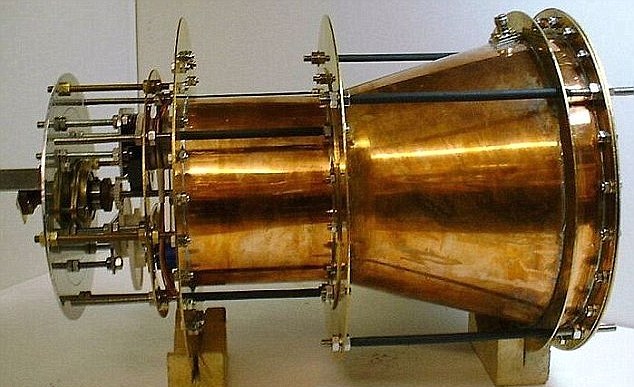 “Incredible” fuel-free engine with which it is possible to deliver humans to Mars in just 10 weeks, has demonstrated its performance — but nobody can explain how this is possible.

The so-called EmDrive creates thrust at the expense of the running of microwaves from the walls in a closed chamber using only solar power.

Many believe the next project was a hoax, arguing that it goes against the laws of physics.

But now there is a group of scientists who claim that they have a new theory to explain why the EmDrive works.

The idea of creating EmDrive was proposed in 2000 by researcher Roger Scheuer.

Since then, four independent laboratories, including one at NASA has recreated the disk.

But a mysterious engine put scientists in a deadlock, because obviously violated the law of conservation of momentum, which States that every action has equal and opposite reaction.

This means that the missile can accelerate forward only when the attached force is equal magnitude in the other direction — in the form of exhaust gases of the rocket.

But according to an article published in AIP Advances, EmDrive produces exhaust gas like any other rocket engine.

“EmDrive works exactly the same as any other engine”, says the author is Professor of physics at the University of Helsinki, Finland Dr. Arto Annila.

“It fuels are incoming photons of microwave length.

The researchers suggest that the photons coming out of the engine, interact with each other, and so the overall effect is zero.

“In the cell, the photons will bounce in different directions, and invariably some of them will have a destructive impact.”

“Then two photons will definitely be in opposite phases at 180 degrees”.

“With the full interference of electromagnetic fields of the two photons are offset, but the photons continued to spread.

The idea is similar to how the waves spread on the water where the crest of one wave falls exactly at the lower point of the other wave, weakening each other.

“Paired photons without the electromagnetic field come out of the camera,” said Dr. Anila. – The output of the paired photons is the exhaust EmDrive”.

“Pull without the exhaust, of course, impossible — the authors of the articles. — However, some a resonance chamber receiving fuel in the form of microwaves, to provide traction without visible exhaust gases.

According to their theory, the EmDrive produces exhaust gases, but they are just not visible.

Scientists believe that the photon is theoretically possible to detect with an interferometer, the instrument used for the detection of gravitational waves.