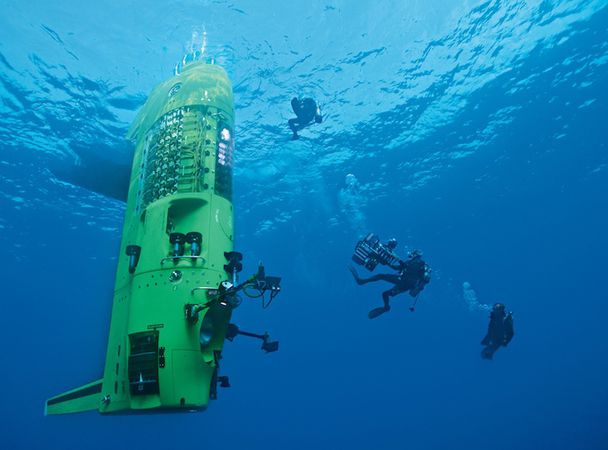 An international group of researchers suggested that there is life under the bottom of the Mariana Trench in ten kilometers. This is indicated by traces of the vital activity of organisms found in samples of serpentine from hydrothermal sources.

Scientists extracted 46 samples with the help of remote-controlled unmanned underwater vehicles near the mud volcano South Chamorro. This seamount is composed of serpentinite, a dense rock that forms when magmatic minerals are oxidized by sea water pushed deep into the subduction zone. This chemical reaction produces methane and hydrogen, which can be sources of energy for the life of microbes.

Serpentine, which the researchers analyzed, hit the surface of the bottom of the Mariana Trench through hydrothermal sources. Scientists have found in minerals small amounts of organic substances, which are similar to those that are formed during the life of microbes. Taking into account the data of previous works, which showed that the serpentine is formed in ten kilometers under the bottom of the depression, experts have obtained an approximate depth of living organisms.