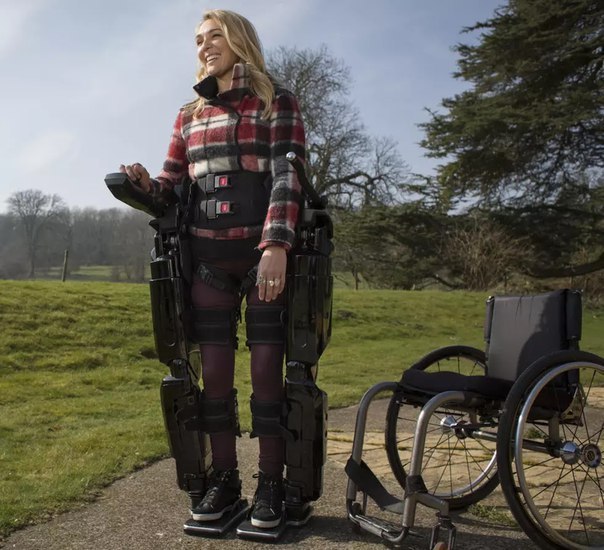 A group of paralyzed patients in Australia will soon pass through a revolutionary procedure that will again allow them to walk using the power of his thoughts.

To do this, each volunteer will be implanted with a tiny device called the “centred” (similar to “electrode” from the word “stent” is a medical device for stenting — expansion of a hollow organ or blood vessel). Stanfrod will be placed in vessels located close to the motor cortex. After introduction of the implant can detect neural impulses and send them to the robotic exoskeleton, inside which must be the patient. Thus, the device allows paralyzed people to control your body using only the power of thought.

Stadtroda there are specific military purpose: once the technology is perfected, it will allow soldiers on the battlefield to move and react faster, and eventually will give them the ability to manage military equipment through human-machine interfaces.

During its design, the implant has undergone hundreds of changes before I could meet all the necessary requirements of developers in terms of compactness, flexibility and biocompatibility. The result of their work the current version of stadtroda able to fit in a blood vessel with a width of one millimeter. The implant is equipped with a tiny recording disks that are attached to the walls of the vessel and is able to capture the brain signals. Each disc can record approximately 10,000 neurons and passes the collected signals through tiny wires connecting the implant with the patient’s chest and the transmitter. Then signals are sent to the exoskeleton mounted on the body of the patient. Each carrier of the implant will have to “teach” robocolum understanding the specific brain signals of the user. It will take many months, but in the end, the movement of the exoskeleton will be for the person simple and natural.

Standrod able to help not only paralyzed patients and people with Parkinson’s disease, motor neurone disease, obsessive-compulsive disorders, depression and even predict seizures in patients with epilepsy.

The implant is made of biologically neutral of alloy of nitinol and will be introduced into the patient’s body using a simple probe — for its installation does not involve complex and long operations. The first group of volunteers will receive the implants at the end of 2017. If the results of their tests are successful, the new device can enter the market in six years.