In 50 years, Amazonian forests can turn into a desert 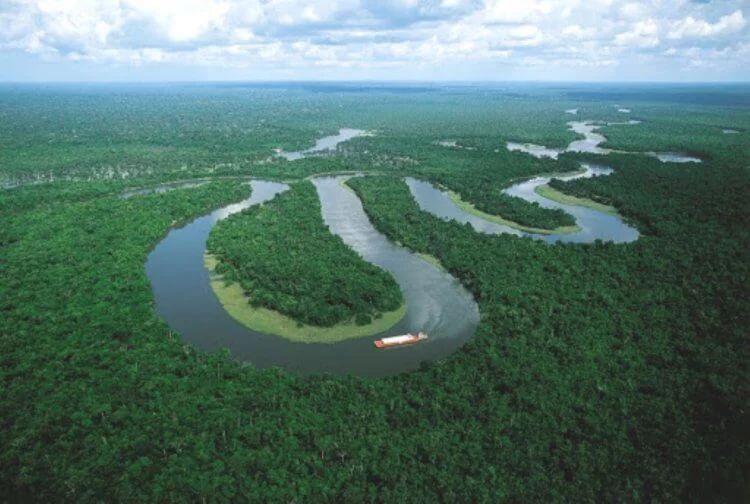 Humanity mercilessly pollutes the air and cuts down thousands of trees. Ultimately, this leads to the fact that our planet is gradually dying. To verify this, just read the reports of scientists on the state of the environment. In 2019, employees at the Kew Royal Botanic Gardens (London) announced that more than 500 plant species had already been wiped off the face of the Earth and that number was gradually increasing. Now, scientists say that in 50 years, the rain forests of the Amazon can disappear from our planet. The animals living in them may die along with them, because instead of the tropical forest, the arid desert will remain.

A disappointing forecast was published in the scientific journal Nature Communications. According to scientists, the causes of the disappearance of the rainforests of the Amazon will be global warming and human damage to the environment. According to the United Nations, since the time of the mass transition of mankind from manual labor to machine labor, our air temperature has risen by as much as 1.5 degrees Celsius. Since we still have not switched to electric transport and the air continues to be polluted by greenhouse gases, the air continues to heat up.

How are forests destroyed?
It is believed that the largest rainforest is located precisely on the territory of the Amazon River. According to scientists, the forest occupies 5.5 million square meters and affects the territory of nine states. The once-thriving forest, full of diverse plants and animals, began to die around 1970. It is believed that in those days about 20% of the huge rainforest was destroyed. And the thing is that people cut down trees for the production of lumber, palm oil and wild animals.

Humanity destroys forests not only directly, but also indirectly. We have already mentioned that the air temperature on our planet is gradually increasing, as a result of which forest fires often occur. Particularly strongly remembered in this regard is 2019, when fire swept the forests of Siberia and Australia, also affecting the tropical forests of the Amazon. So people need to be prepared for the occurrence of fire in the forests to prevent its spread.

Who is found in the Amazon?
If the Amazon forests really are destroyed after 50 years, many animals can lose their natural habitats. For example, capybaras, which are considered the largest rodents growing up to 70 kilograms, may well disappear from the face of our planet. However, they can sometimes be found on the territory of South America, but still most of these rodents prefer the warm and humid surroundings of the Amazon River. 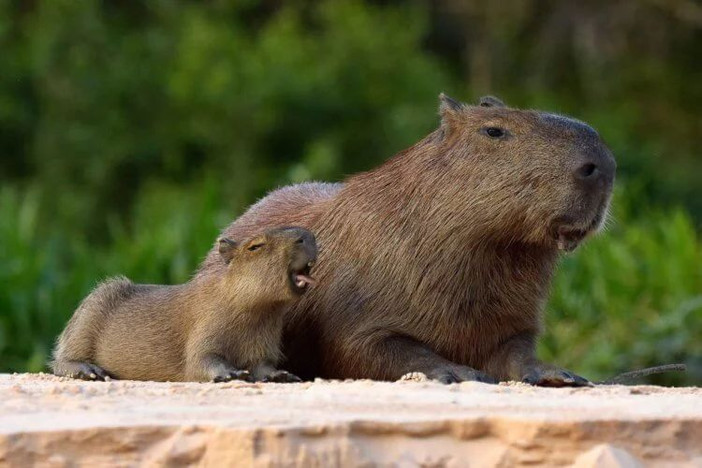 Also in the forests of the Amazon can be found jaguars, which are considered the third largest representatives of the cat family after lions and tigers. They can also be found in South America, but people do not allow them to live in peace there. Therefore, most predatory cats prefer to live in the dense forests of the Amazon, where people can not hunt them quietly. But if the rainforests disappear, the jaguars will lose their second habitat. They will become defenseless in front of hunters and may soon become extinct.

Also, because of the destruction of the Amazon forests, black caimans can become extinct. At their core, they are alligators “at maximum speeds” because their body length can reach 6 meters, and their body weight is often about 500 kilograms. These dangerous predators were already on the verge of extinction in the 1970s, because they were actively hunted because of meat and expensive skin. Fortunately, over time, their population has recovered, but now their lives may also be in danger.