In a body of the person classified new body 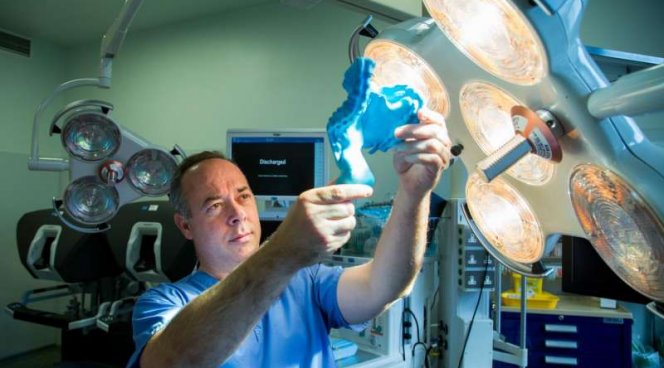 Professor of surgery Calvin Koffi from University of Limerick in Ireland suggested to classify a part of the alimentary system as a separate organ and to devote it a new division of science. About it the scientist stated the thoughts on pages of one of the leading medical magazines The Lancet Gastroenterology & Hepatology.

It is about a mesentery which attaches an intestine to an abdominal cavity. For hundreds of years it was considered as the fragmented structure consisting of several separate parts. Nevertheless, the research conducted by professor Koffi proves that the mesentery is a one independent, continuous organ.

Further studying of a mesentery and the best comprehension of its role in an organism can simplify process of treatment of patients with diseases of an abdominal cavity. The surgery can become less invasive, also the quantity of complications will decrease, patients will be quicker restored.

“The mesenteric science is a certain area of a medical research, same as gastroenterology, neurology or coloproctology”, – the scientist considers.

If to consider a mesentery as any other organ, then and diseases of an abdominal cavity can be classified from the point of view of this organ. “We established anatomy and very complex structure of a mesentery. Definition of its function will be the following step. If you know function, then can tap without effort and its disturbance causing illnesses”, – professor told.

New classification of a mesentery as extended organ, it is already added to one of the most authoritative textbooks – “Gray’s Anatomy”. In the nearest future also the program of medical schools will be changed.