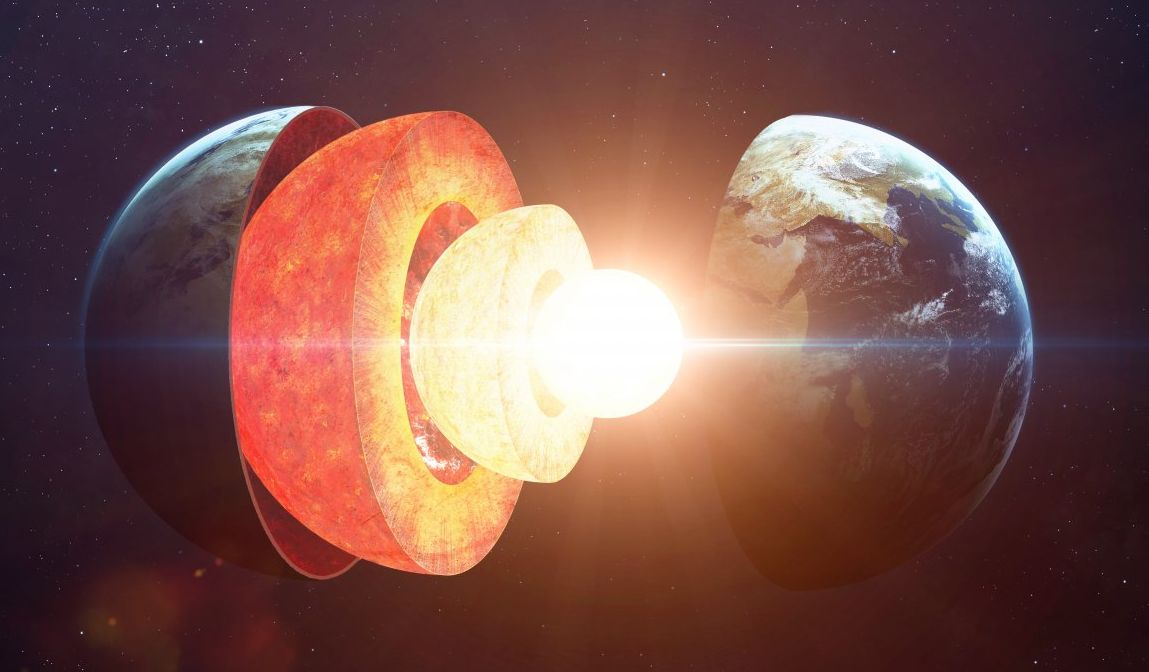 The powerful stream of the melted iron slowly flows deeply in a subsoil of our planet, something reminding high-rise jet currents, narrow zones of strong wind in the top troposphere. Scientists have come to such conclusion because anomalies in behavior of magnetic field of the planet testify to it. The river is located near Siberia and Alaska at a depth about 3000 kilometers, and its width at the same time reaches 420 kilometers.

To the opening specialists of the British University of Leeds have come, having analysed data from three European satellites. They were especially interested in the fact that in the Northern hemisphere of our planet there are sites with is inexplicable strong magnetic field. Having carefully touched all possible options, scientists have agreed in opinion that the river flowing under the Earth’s surface from the melted iron can be the cause of this anomaly. This stream rather slowly, with a speed about 40 kilometers a year moves. And about ten years ago this speed was even twice less.

This opening will help the scientific world to look in a new way at magnetic field of the planet and, perhaps, will lead to the answer to a question: why for the last several hundreds of years magnetic field of Earth became notable more weakly? It isn’t excluded that our planet is close now to that moment when the southern and northern poles are interchanged the position. For the last 83 million years such inversion happened 184 times.