In a Swedish lake, a schoolgirl found a sword with an age of 1,5 thousand years 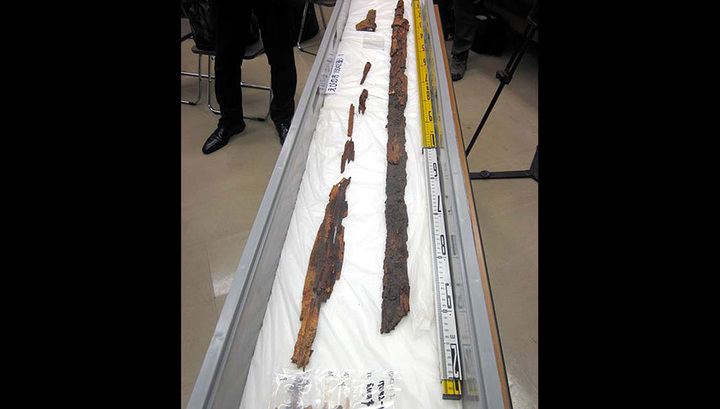 Eight-year-old schoolgirl from Sweden Saga Vanecek found an ancient Viking sword in the lake Vidostern, whose age is 1,5 thousand years. According to archaeologists, the weapon is perfectly preserved.

The girl said that she had found the sword in the summer, but she didn’t immediately attach importance to the find. Vanechek rested with the family at the reservoir and threw sticks and stones into the lake. Suddenly, off the coast, she saw a strange object, which later turned out to be a unique historical artifact.

According to the schoolgirl, at first she wanted to throw away the sword covered with mud and mud, but then she saw that the strange “thing” had a handle, and decided to show the find to her father. He handed the sword to historians.

Representatives of the museum, to which the sword fell, said that for their age the weapon was perfectly preserved. Even his scabbard made of wood and leather survived.