In Adygea have found a chest with skulls of mysterious beings 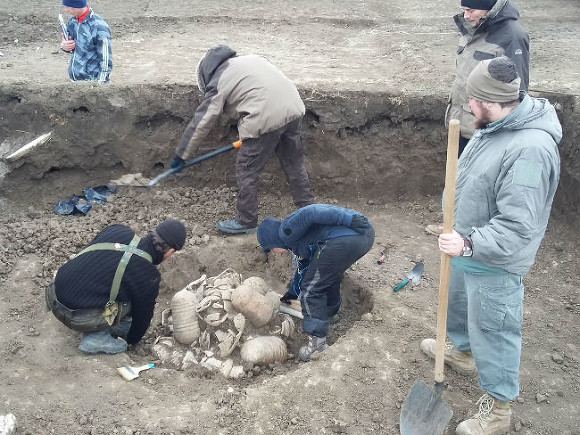 Archeologists have found a chest with an emblem of the organization of the Third Reich of Anenerbe in which there were skulls of unknown beings in Adygea.

As the chairman of regional office of the Russian Geographical Society Igor Ogay has reported, the find has been made in the territory of the natural Big Tkhach park where today the ethnic Belovode complex, near the Adygei settlement of Kamennomostsky is located

According to him, skulls without jaws, frontal bones and a nape, with an opening for a backbone “something remind aliens”. “I addressed our scientists with a photo of skulls, but haven’t received definite answer. It is necessary to study even more attentively” — has noted Ogay.

“Whether skulls are tied with activity of the Anenerbe organization, it is difficult to tell. But the fact that they were interested in “places of force” such as dolmens, it is possible. Dolmens are also on the German earth. And today there are a lot of healers, sorcerers, shamans, visit Mountain Adygea and our dolmens” — the chairman of the Adygei office of RGO has noted.