In Africa, found the most dangerous place in the history of the Earth 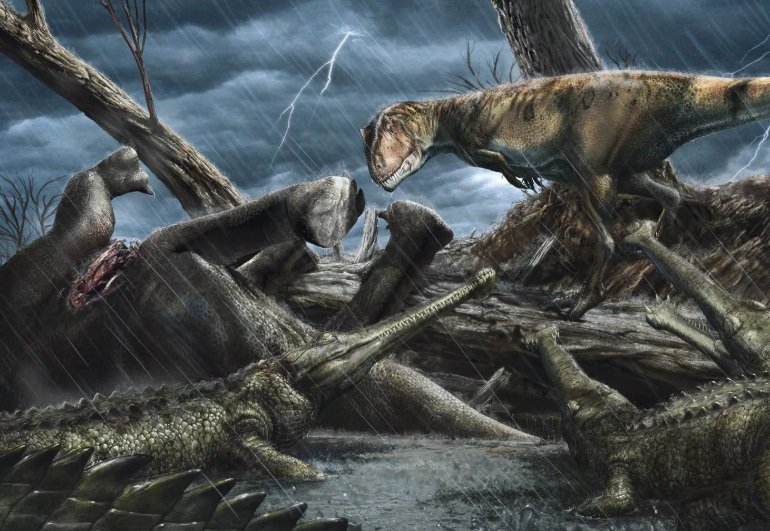 100 million years ago, Kem-Kem was filled with ferocious predators, including flying reptiles and crocodile-like hunters.

An international team of scientists has published the largest review of vertebrate fossils from the area of ​​Cretaceous rock formations in southeast Morocco, known as the Kem Kem group.

About 100 million years ago, this area was home to a vast river system filled with many different species of aquatic and terrestrial animals. The fossils from the Kem-Kem group include the three largest of the known predatory dinosaurs, including the Carcharodontosaurus (Carcharodontosaurus). 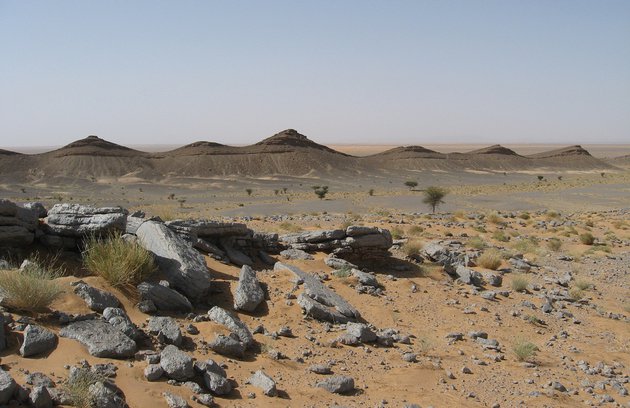 Southeast Morocco, where dozens of fossils of various predators of the Cretaceous period were discovered. 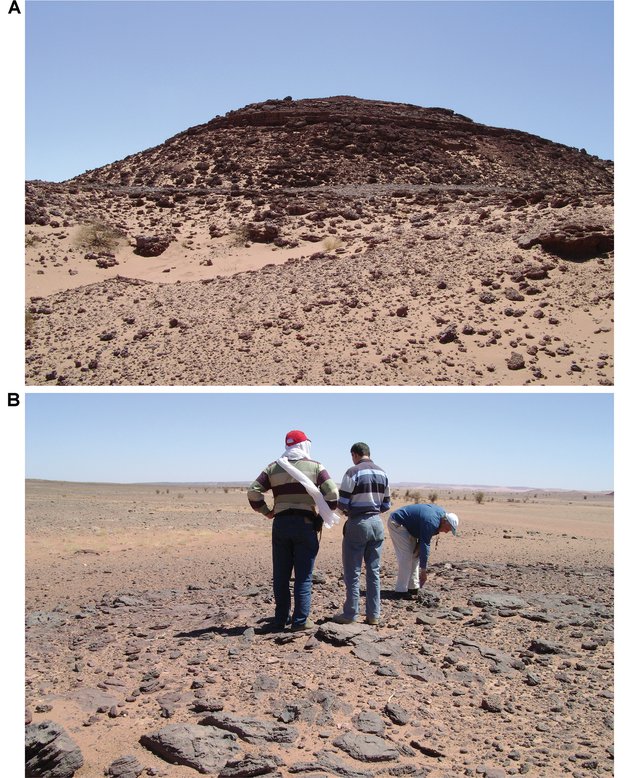 According to various estimates, this giant could reach from 8 to 13 meters in length and weighed from 6.2 to 15.1 tons. His huge jaws resembled scissors, and his teeth reached 20 centimeters in length. The Carcharodontosaurus shared the living space with the other largest predatory dinosaurs of all time – the Deltadromeus up to 13 meters long and the Spinosaurus up to 16 meters long and weighing more than 7 tons. According to scientists, their simultaneous existence lasted about 20 million years.

“Perhaps this is the most dangerous place in the history of planet Earth. A place where a time traveler would not last long, ”- Nizar Ibrahim, lead author of the study.

In addition, predatory flying and ground reptiles were abundant in the Kem-Kem group. According to co-author David Martill of the University of Portsmouth, many of the predators relied on plentiful stocks of fish.

“This place was filled with huge fish, including giant coelacanths and light fish. For example, the coelacanth was probably four or even five times larger than the modern coelacanthus. There was also a huge freshwater shark named onchopristis with the most formidable of the rostral teeth – they look like prickly daggers, but they shine beautifully. And these huge predators fed on this giant fish and each other, ”- David Martill.

In the Kem-Kem group, aquatic and sub-aquatic invertebrates and vertebrates predominated (about 85 percent of the total known fauna), almost all of which were predators. Most vertebrates, with the exception of pterosaurs and dinosaurs, lived exclusively or predominantly in the aquatic environment. At the same time, mammals and birds in Kem-Kem were extremely rare.

According to the authors of the study, there is no comparable modern terrestrial ecosystem on Earth with a similar bias towards large predators.

To collect the vast amounts of data and images of fossils that were originally included in his doctoral dissertation, Nizar Ibrahim visited the Kem-Kem collections on several continents.

The authors of the study note that this is the most comprehensive study of data on fossil vertebrates from the Sahara since 1936, when the famous German paleontologist Ernst Freicherr Stromer von Reichenbach published his last major work.