In Alaska, a vivid northern lights 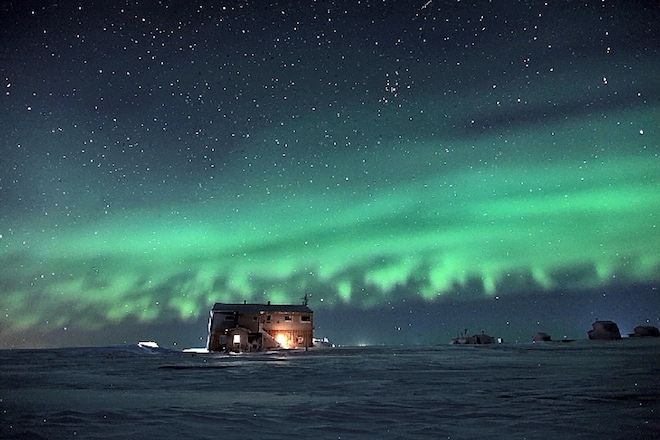 The northern lights sometimes take on the most bizarre shapes – from widely spread beams and stripes, to fascinating vortices and crowns. One of these unusual forms of the northern lights could be seen the other day in Alaska.

Photographer James Helmerix on January 15 took a snapshot of “vivid” shines in the Colville Delta region, flowing in northwest North America. In its form, the radiance is very similar to the speckled clouds, which are quite rare, most often in the tropics against the background of the formation of a strong cyclone.

According to the author of the photo, this unusual aurora could be observed for an hour, after which the “cells” of the effulgent radiance merged into a more familiar, cohesive form. James Helmerix himself, despite years of experience in the Arctic, for the first time faced with a similar form of the Northern Lights.

Meanwhile, specialists of the portal SpaceWeather.com note that the bulging shine can be a disorganized form of shining-fence, which occurs much more often and, accordingly, is better studied by scientists. This form of radiance is formed when electron beams break through the upper atmosphere of the Earth, forming uniform columns of green and yellow light. Plasma waves and magnetic cavities in the Earth’s magnetosphere can contribute to the formation of such structures. However, the details of this process are not fully understood by scientists.

It should be noted that the formation of vaguely shaped clouds from the point of view of physics is associated with the so-called Rayleigh-Taylor instability, when the perturbation of pressure, density, and velocity increases spontaneously under the influence of the gravitational field in gaseous media of inhomogeneous density. As a result of these processes, characteristic cells and protrusions in the shape of the udder are formed from the clouds.