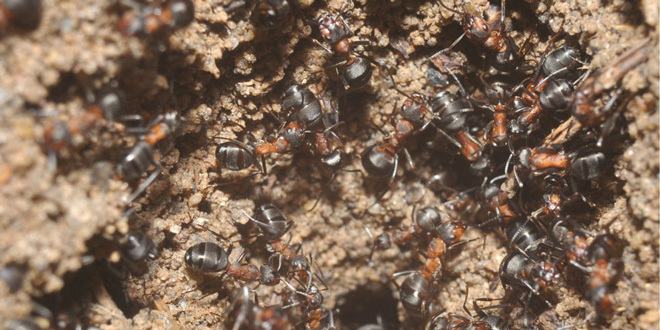 In Poland in the bunker on the border with Germany, scientists have discovered ants living without food and light. Bunker Special object 3003 Empleo” was built during the cold war, the temperature reaches about 10 degrees in the summer and a few degrees above zero in winter, food is almost none.

Previously, the bunker used to store nuclear weapons, but in 1992, all the weapons were taken, and in the bunker after that got ants, ticks and bats. Scientists believe that excrement of bats could help the ants to survive in harsh conditions underground. Room of the bunker with concrete walls is very small — 3 to 2.3 by 1.2 meters, but the insects had built on the floor of the earthen mound.

A small colony of wood ants (Formica polyctena) found in 2013, and two years later scientists have found that it is not extinct, but grew in size. Scientists under the leadership of Wojciech Chekhov of the Polish Academy of Sciences continue to monitor her. Although ants do not reproduce (larvae, pupae or females in a colony is not), they support their home due to falling from the ventilation shaft of the ants, the population of the nest can be about a million individuals. Scientists believe that the colony in the bunker supports itself over the years, judging by the large number of dead animals on the floor. 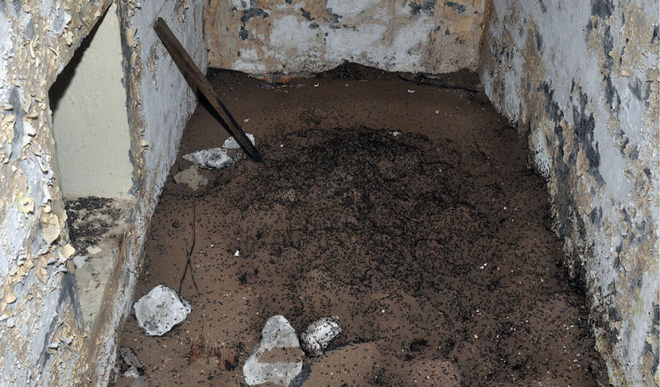 Although mortality from lack of food and light is high enough, the number of supported falling insects, which are unable to return to the anthill in the spruce forest on the surface. This colony has demonstrated the ability of ants to survive in extreme conditions, while maintaining the life of an anthill.