In an ancient tomb of Amfipolis the hidden room is revealed 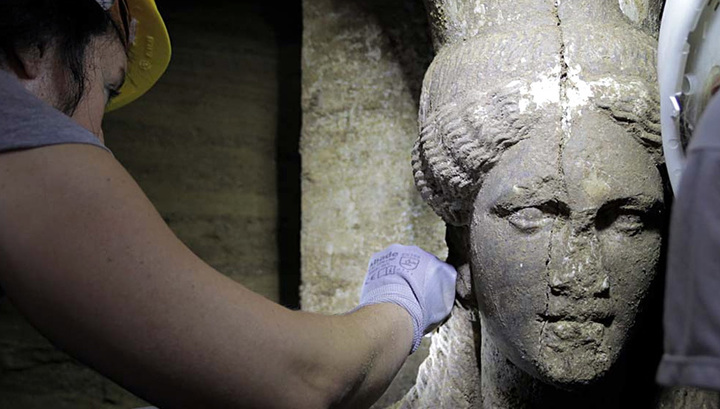 For all 2016 archeologists didn’t report anything about excavation of the biggest and mysterious tomb of Greece – a funeral complex on the hill the Caste in Amfipolis. While archeologists are silent, architects and, at last, geophysics started talking.

The funeral complex in Amfipolis was found in 2012, in the 2014th archeologists “printed” an input in a tomb and, parallely, complete geophysical survey of the hill the Caste began. Operations were guaranteed with laboratory of application-oriented geophysics in case of Aristotle’s university in Thessaloniki.

Since then archeologists managed to dig out internal locations: a monumental input and three halls, last of which was the funeral camera with remains of five people. Tomb construction time was set: the last quarter of the 4th century B.C., that is the last rule of Alexander of Macedon and the time of troubles after his death in 323 BC. 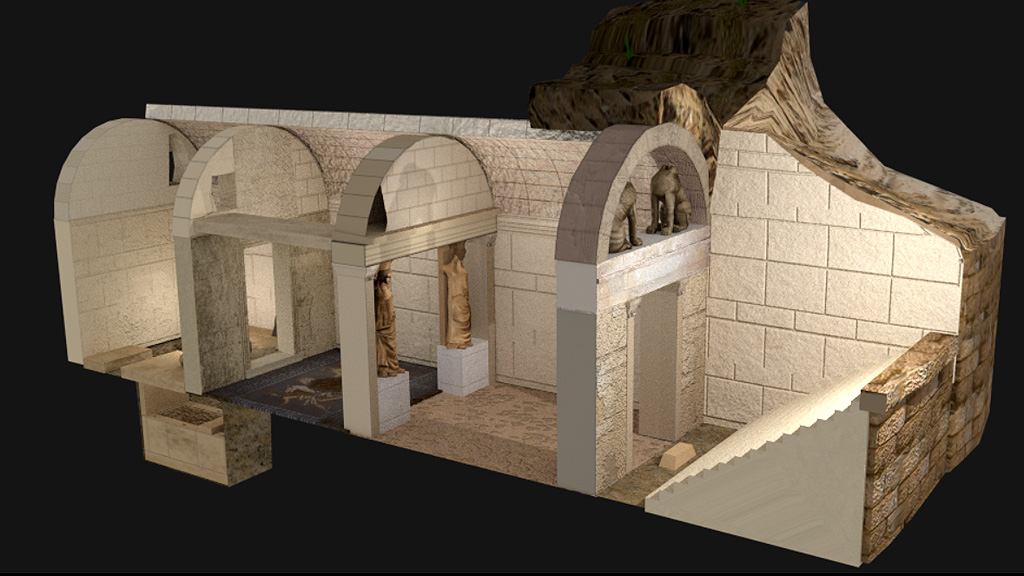 Three-dimensional reconstruction of the internal device of a tomb in Amfipolis.

Keen interest in sensational excavation in Amfipolis resulted in the reverse result: the official command of researchers under the leadership of Katerina Peristeri so often was exposed to criticism for doubtful or premature outputs that archeologists almost ceased to communicate with the press. In more detail about it is in our materials “Amfipolis: scandals, intrigues, investigations over the most mysterious tomb of Greece” and “Single letters change everything. To whom does the grandiose tomb of an era of Alexander of Macedon belong?”.

Geophysics finished survey of the hill the Caste meanwhile. On the Greek news website Protothema there was a short, but extremely intriguing message that under the funeral hill, perhaps, there is a hidden location.

“We finished geophysical operations and now are busy with processing of data retrieveds. It is a complex challenge because of huge information volume. However we already made several interesting finds which require archaeological confirmation. Now we look for financing for continuation of researches”, – the principal of operations professor Grigoris Tsokas told.

The research revealed emptiness at a depth of two meters from West side of the hill. “On the three-dimensional map of distribution of resistance we see that in West side of a complex something is. Perhaps, it is the second tomb, by the size much less the first, located at a two-meter depth. This place definitely requires a separate study”, – Tsokas says.

Grigoris Tsokas – one of those who already acted with public criticism of statements of archeologists (being at the same time a member of official team of researchers of a funeral complex in Amfipolis). For example, based on data of a geophysical research, Tsokas completely rejected probability that famous “Lev Amfipolisa” – the five-meter sculpture found in 1912 on the opposite river bank Strimon – once stood on hill top the Caste. Archeologists made this seductive hypothesis and even included “Lev” in virtual reconstruction of a funeral complex. However data of geophysics say that the hill of a natural origin couldn’t sustain the sculpture weight which constituted at least 1500 tons. 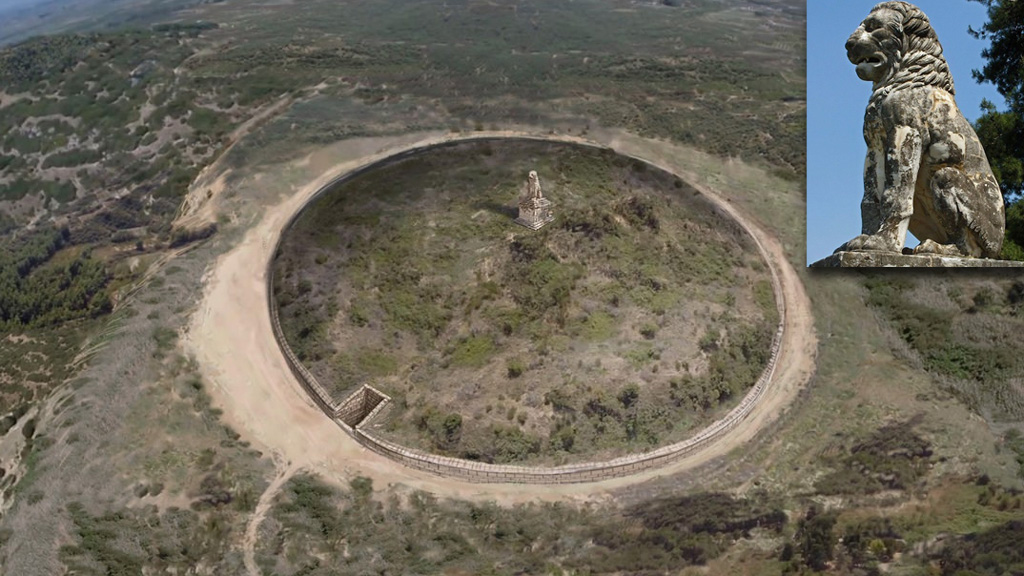 Reconstruction of a possible type of a funeral complex on the hill the Caste with the sculpture “Lev Amfipolisa” placed on top.

Despite disagreements, scientists continue joint operation. Tsokas made one more small announcement once again confirming dating of a tomb in Amfipolis: the analysis of a fragment of the coal found in the basis of a funeral complex carries monument construction time approximately to 300 B.C.

So far this only thing what all participants of a discussion agree with: funeral and memorial nature of a construction on the hill the Caste and its dating, 325 – 300 B.C.