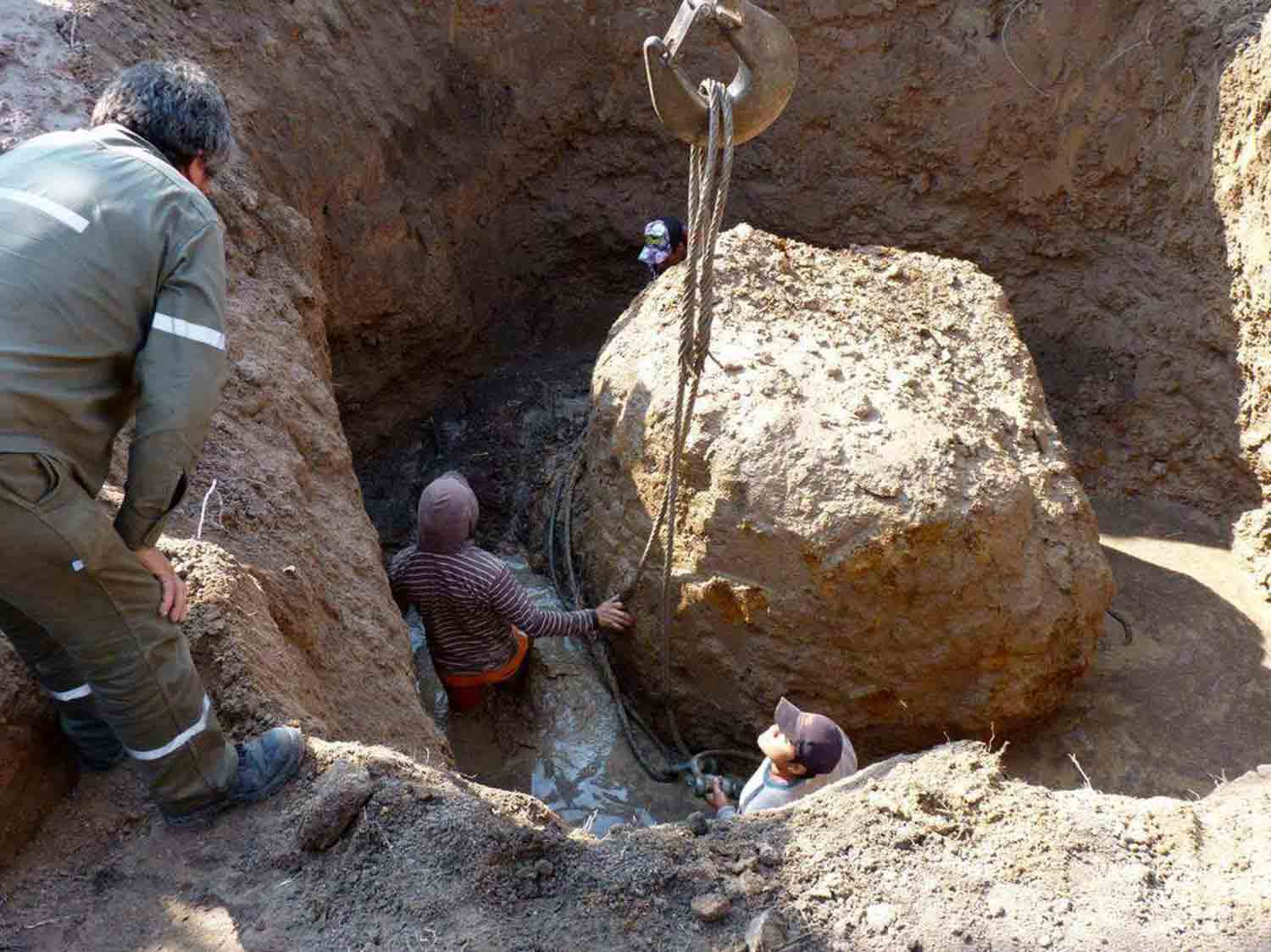 Argentine scientists have found a huge meteorite in the South-West of the Argentine province of Chaco. The weight of the meteorite is 30.8 tons. Meteorite found near the city Gansel.

This area scientists call the Campo del Cielo (field of heaven), because here 4000 years ago the meteor shower here and found a lot of meteorites, but such a huge found here for the first time. According to scientists, to date, found only 35% of the meteorites that fell in the area.

Although scientists have conducted studies to search for meteorites, but the size and weight of the findings surprised them. This meteorite may be the largest found on Earth.