In Argentina, found the remains of an ancient giant sloth 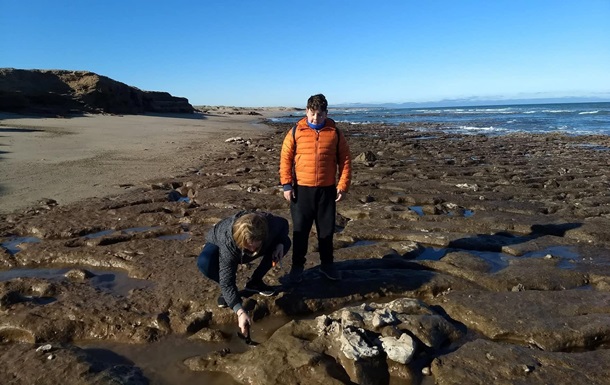 The remains of a giant sloth, who lived on Earth 700 thousand years ago, were discovered on the coast of Argentina. This was reported by the authorities of the municipality of General Alvarado, where the find was made.

Remains found a family from the city of Miramar, walking along the shore. They took the fossils to the city museum and showed where they were located on the map.

As the authorities noted, the coastline of General Alvarado is rich in skeletons of animals that lived on Earth thousands or millions of years ago, and it is enough to look closely at their feet to detect them. Find the fossil bones of this sloth helped a strong ebb. Usually the area where the remains were found, among which was the jaw of the ancient Scelidoterios, is under water.

Scelidoterios lived in the late Pleistocene era. The weight of an adult sloth exceeded 1 ton. These animals had an elongated skull, a large body and large claws with which they dug huge holes under the ground.