In artificial DNA preserved more than 200 megabytes of data 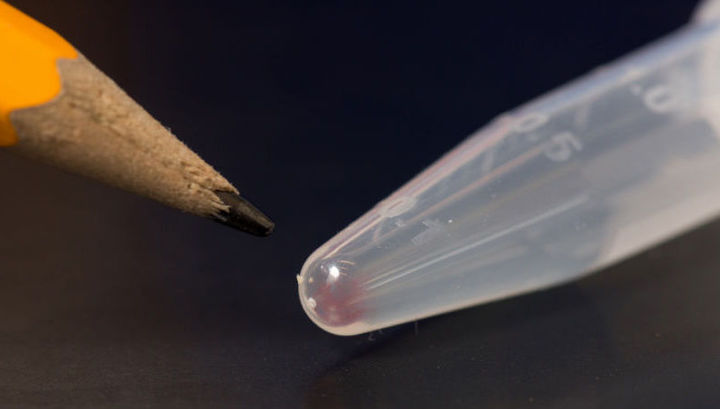 It is possible that in the near future mankind will be able to store all global data in a device the size of a shoebox. At the very least, a significant step towards the realization of this idea was made by the employees of the Microsoft Corporation in collaboration with scientists from the University of Washington. They have developed a technology that allows you to keep strands of artificial DNA more than 200 megabytes of data. And this is a new world record.

In a press release published by Microsoft, it is noted that the data cover an area smaller than the tip of an ordinary lead pencil. But there is not enough: the researchers put the DNA video of the band OK Go, the Universal Declaration of human rights in more than 100 languages, 100 books from project Gutenberg and genetic seed Bank.

“The new store is, in fact, a vial, and hardly a man can pull it to see. The data resemble the dried salt at the bottom,” says Karin Strauss (Karin Strauss, Microsoft employee.

Previously, scientists have demonstrated that DNA is a good carrier of information; its four nitrogenous bases – adenine, thymine, cytosine, and guanine – act like 1 and 0 binary digital file. Experts from Harvard medical school have recorded in 2012 a book on such biological media.

Text and images were converted from binary to Quaternary, where the nucleotides A or C correspond to zero and G or T unit. The total amount of books was 54898 blocks of data, each of which represents a single DNA strand.

For a new project, the researchers have done something similar. After the binary data were converted to nucleotide “letters”, they transformed the letters of an online form molecules themselves.

One of the obvious advantages of this technology, in addition to a small percentage of space is its incredible durability. Unlike any of the modern technologies of storing DNA remains unchanged and legible for a very long time – sometimes up to 10 thousand years, and sometimes more.

Recently, researchers announced that they managed to use fragments of nuclear DNA extracted from the remains of the tooth and bone to reconstruct the genome of Neanderthals, who lived in Spain approximately 430,000 years ago.

Although the cost of manufacturing of innovative data storage in DNA is now estimated at a few thousand dollars, researchers from Microsoft believe that the cost in coming years is likely to decrease. Certainly, it will also find solutions for fast recording and reading such information from artificial DNA.

If technology is really going to happen, the DNA molecule may be an alternative to devices currently used.