In August, China will begin genetic experiments on volunteers 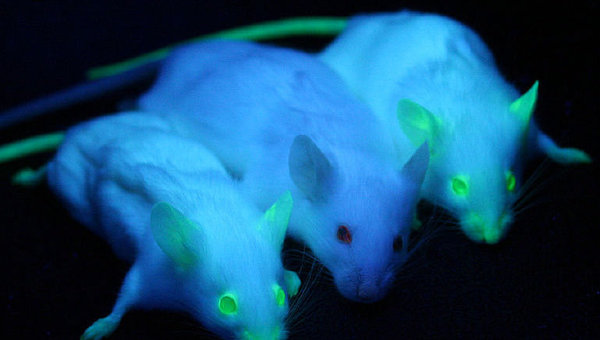 The first experiments on the edit DNA in the human body with the use of new genomic editor CRISPR/Cas9 will be held in China next month.

“For people with lung cancer the number of possible options for combating tumor is very small. This technology has many advantages, especially for those patients with whom we work every day in our clinic,” said Lu Yu (Lu You) from the hospital of the University of Sichuan in Chengdu (China).

Yu and his colleagues claim that they can in August to start the world’s first experiments to cure cancer by using immune cells that will be transformed into irresistible “killer” using the advanced genomic editor CRISPR/Cas9 opened in the USA in 2013.

As the scientists explain, the behavior of immune cells is largely controlled by the gene PD-1 that limit their “aggression” and prevent them from attacking healthy cells. Recently, another group of biologists have found that removing or disabling a gene that makes immune cells more prone to attack the cancer tumors and destroy them from within, which has already been used to fight cancer in mice and other animals.

Chinese doctors are planning to remove large amounts of T-cells from the blood of several patients, “reprogramming” them to re-enter the bloodstream. Scientists hope that a similar technique will cause other components of the immune system, whose behavior is governed by T-cells, attack the tumor and destroy it.

The experiences of another group of Chinese researchers conducted on defective human embryos last year, showed that CRISPR/Cas9, despite its high accuracy, sometimes makes changes to “unauthorized” way, changing the device at all those DNA sections, which had to be edited. Because of this, scientists fear that the change in the genome of T-cells can lead to unpredictable and uncontrollable consequences.

For this reason, Yu and his colleagues injected immune cells in patients immediately, but only after they make sure all the changes were made in the “right” fragments of the genome. However, the probability of failure in their work is still high – removal of PD-1 can lead to the fact that the immune system will attack not only cancer, but also healthy tissue, causing extremely severe consequences or even death.

As the researchers note, all participants of the experiments were aware of this danger and willing to risk their life for the benefit of science and survival of other cancer patients. Chinese scientists hope that they will once again be the first in this advanced field of genetics, where similar studies in other countries are constrained by moral considerations.