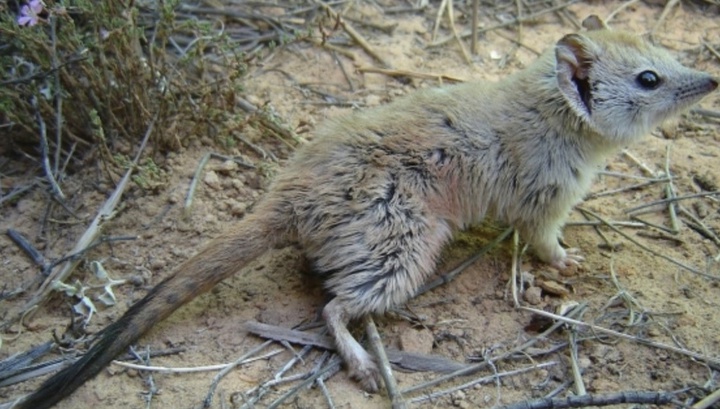 In Australia, a combed marsupial mouse, or a dolphin (Dasycercus cristicauda), is found – a small rodent, considered in some regions as an extinct species. Today, these animals are very rare in central Australia, but from the southern part of the continent they, as was supposed earlier, disappeared more than a hundred years ago.

Biologists are happy to report similar, almost heroic, returns. For example, not so long ago they discovered “tree crayfish”, with which they said goodbye forever in the middle of the last century. And now one more revival.

The combed marsupial mouse is the endemic of the Green continent, that is, a species that has a limited habitat. About her relatives zoologists tell a lot of interesting facts, but there was not much about this particular kind.

Even though they are called mice, they are more like Tasmanian devils, also related to predatory marsupials. Pointed muzzle, broad rounded ears, shortened limbs, back color varies from yellow to brownish-red, abdomen white or creamy – approximately so researchers describe the combed mice.

It is known that these rodents live in arid, desert regions and lead a terrestrial, solitary lifestyle. Activity of marsupial mice occurs at night, and in the daytime they fall asleep in mink, which tear out on the slopes of the dunes (and, by the way, create their own tunnel systems). Perhaps, because of the nocturnal lifestyle, researchers for a long time did not meet any representatives of the species.

Rodents were discovered by employees of the Sturt National Park during a recent scientific monitoring. Earlier, specialists studied mice-mulgar only on remains. But now scientists from the University of New South Wales have quite a living specimen. By the way, the mouse found by scientists is well-nourished (weighs 150 grams, slightly above average). 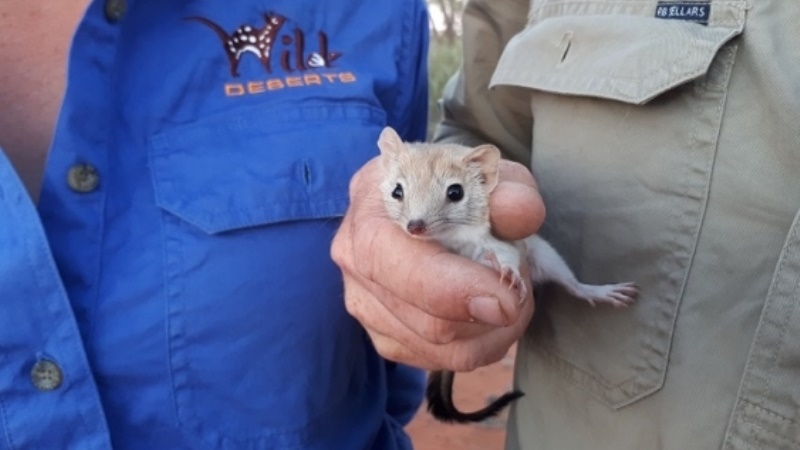 As the authors of the study note in a press release, the luncheons were previously widespread in the desert regions of Australia. However, rabbits, cats and foxes, brought in by the first settlers from Europe, almost completely destroyed this species.

Let’s remind, that the Australian authorities just conduct a policy on destruction of these and other predators. The discovery of the species, considered extinct, occurred at the most opportune moment, notes co-author Rebecca West. “Cleansing” will allow the mice and other endangered species to multiply safely in the wild, the scientist adds.

The Australian Government’s Program for the Destruction of Predators and Conservation of Endangered Species (Saving our Species Conservation Program, or simply SOS) includes several projects. One of them – “Wild Deserts” (Wild Deserts) – should save small animals from extinction. Today, for example, rabbit bandits, wallabies, marsupial anteaters, brush-tailed kangaroos and even koalas, for which foxes have mastered tree climbing, are under threat.

Control over the populations of rabbits, foxes and cats is already being conducted on the Green Continent, and researchers believe that it is because of this that many species of small animals have not completely disappeared. Found a comb-tailed marsupial mouse – a vivid example, biologists conclude.

However, we must not forget about other factors that affect the disappearance of certain animals. These include high competition for food, as well as climate change. For example, it was previously established that because of global warming in Australia, a whole species of mammals died out.