In Australia, found a landing capsule with the soil of the asteroid Ryugu 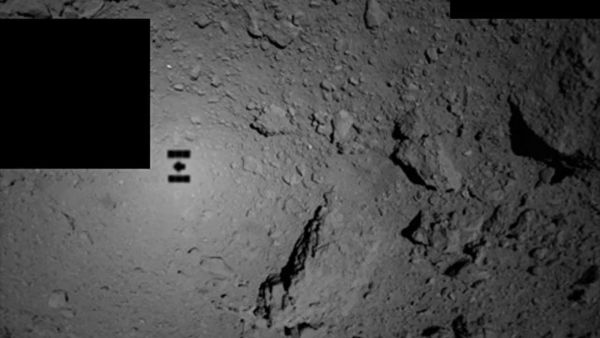 The capsule with soil collected by the Hayabusa-2 space probe on the asteroid Ryugu was found after a safe landing in the desert in southern Australia, according to the probe’s Twitter page.

“We found the capsule! Together with the parachute! Wow!” – the message says.

The capsule was found at the planned landing site as a result of a helicopter search.

The capsule delivered to Earth samples of soil collected from the surface of the asteroid Ryugu. One of the most challenging tasks for scientists was the accuracy of the angle at which the capsule will collide with the Earth. Another difficult stage could be parachuting the capsule at an altitude of 11 to 7 kilometers from the Earth’s surface.

The capsule will be placed in a so-called “clean room” in order to analyze the gases in the capsule and exclude the entry of gases of terrestrial origin.

On Saturday, the capsule was successfully separated from the Hayabusa-2 probe at an altitude of 223 thousand kilometers from the Earth and began to descend to the planet’s surface. The probe itself, at a distance of 210 thousand kilometers from the Earth, changed its trajectory and headed for its next mission – to observe the asteroid 1998KY26. An asteroid with a diameter of 30 meters orbits between the orbits of the Earth and Mars and is similar in composition to Ryuga. Unlike the mission to Ryugu, there are no plans to land vehicles on its surface. Hayabusa-2 will only monitor its surface.

The Hayabusa 2 space probe was launched to the asteroid Ryugu in 2014. Ryugu is 340 million kilometers from Earth. Its diameter is about 900 meters. Scientists believe that the elements found in Ryugu’s soil will help solve the mystery of the origin of water and organic elements on Earth.