In Australia found a relative of carnivorous parasites 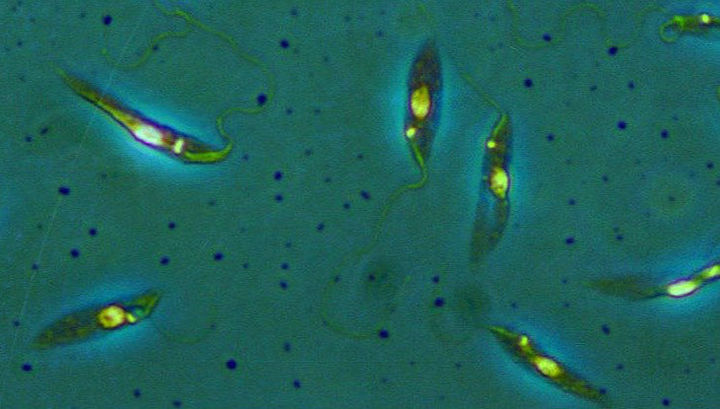 Recently, scientists have discovered a new species of parasite living in Australia (got the name Zelonia australiensis). This pest has a common ancestor with a abject of many people a group of flesh-eating parasites.

Joel Barrett (Joel Barratt), an expert in the field of parasitism from the University of Sydney and lead author of the study, says that the new species is likely, though not feeding on flesh, but it is very important to learn. He believes that scientists should be better informed about various tropical diseases that occur in the region, which can be somehow associated with the new parasite.

Opening Z. australiensis coincided with the increase in cases of infection leishmaniae in Australia and around the world over the past few decades. Explain that Leishmania is carnivorous “version” of the parasite. The spread of Leishmania has also increased the frequency of diseases caused by parasite Leishmania.

One of the researchers Damien stark (Stark, Damien) from St Vincent’s Hospital in Australia said that the development of international tourism and the increasing number of migrants from endemic areas have made leishmaniasis an “imported” infection on the continent.

“Until now, there was not a single case of local transmission. It was thought that Australia simply lacks the insect vector which is able to transfer Leishmania. Our study showed that perhaps things are very different,” says stark.

The researchers found uninvited settler in the bodies of Australian flies of the genus Simulium that bite mammals, including humans.

“Combined with previous studies of this scientific work helps us to understand what these parasites are capable of. In the past, they could seize some new territory for them, adapting to the infection of new species,” says Barrett.

“These data raise an important question: does human activity increase the potential species that infects people, occupy Australian land?” — says the researcher. Earlier, a similar situation was observed in the extension of the habitats of parasites in different areas. “The spread of malaria from Africa to Europe and North and South America, is a Prime example,” adds Barrett.

Researchers believe that an understanding of the nature of the new parasite and the evolution of the species as a whole can provide them with more information about the transmission of Leishmania. And reduce the risks for the population of the Green continent.

According to experts, in Australia, in General, physicians do not have methods and tools to deal with a variety of tropical illnesses — fever Dang, zika virus, Japanese encephalitis, chikungunya and others. So any information about parasites will help to avoid serious consequences.