In batteries of the future discovered the problem 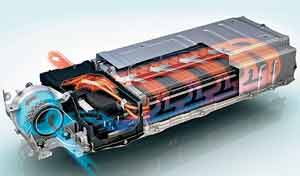 The specialists of Moscow state University investigated the mechanisms of lithium-air batteries, and found a number of problems. In operating a battery that can store ten times more energy compared to Li-ion, there are negative adverse reactions.

Batteries of the future

Potentially lithium-air accumulator can carry up to 10 times higher energy density (around 12 kWh/kg) than conventional lithium-ion solutions. In them the oxygen is reduced through electrochemical reactions on the boundary of the electrolyte and the positive electrode. The electrons join the oxygen molecules, which then enter the reaction with lithium. The result of the reaction – the formation of solid lithium peroxide.

Lithium-air batteries will last only a few recharge cycles

The process is multistage. Parallel to the formed superoxide anions, oxidizing the electrolyte and the positive electrode. Because of this, he had a few recharges ceases to conduct electrical current. This was the reason of the refusal of some companies to continue the research – development stalled, quickly to commercialize the new battery did not work.

The solution to the problem

Russian physicists have shown that the process of oxygen reduction can occur in different ways. So, in the graphite electrodes of super-oxidized anions of the electrolytes in the defective areas. The perfect stock does not exist, and over time, any lithium-air battery will be ruined.
However, if the shift reaction zone a certain distance from the electrode, this process can seriously slow down. Scientists continue to work on the problem, but argue that the first real results will be obtained no earlier than 2025.
Scientists from Cambridge University has previously proposed to use a “fluffy” carbon electrode made of graphene sheets. The unusual shape combined with the use of lithium iodide was allowed to achieve high stability.