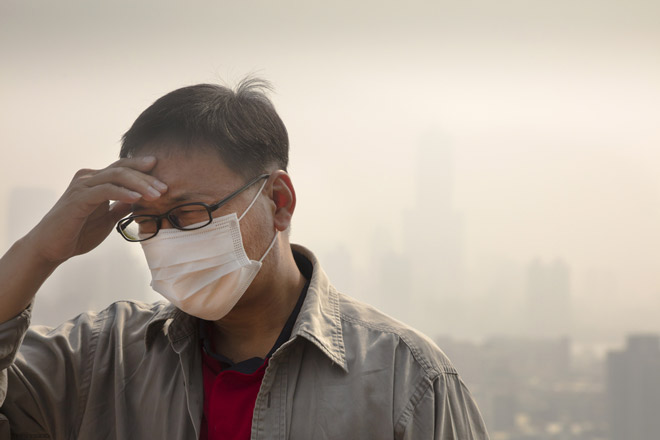 On Saturday, November 5, the international airport of Beijing of Shoudu cancelled about 1150 flights because of a strong smog. According to an electronic board, the departure and arrival of the passenger planes going to Russia and in the opposite direction happened to small delay.

The ecological situation in the Chinese capital was noted penultimate, “orange”, by the danger level which worked in the city since Thursday. Yesterday in the second half of day it was lowered to “yellow”.
Now in air of Beijing ninefold excess of concentration of firm particles which get into an organism through lungs is observed and gradually accumulate in it, leading to cardiovascular and other serious diseases.
The main sources of atmospheric pollution in the region are emissions from coal thermal power plants and automobile exhausts. In 2013 city authorities accepted the “Plan of the emergency reaction” regulating actions of the entities and city services depending on the level of ecological threat.