In Brazil caught a rare snake 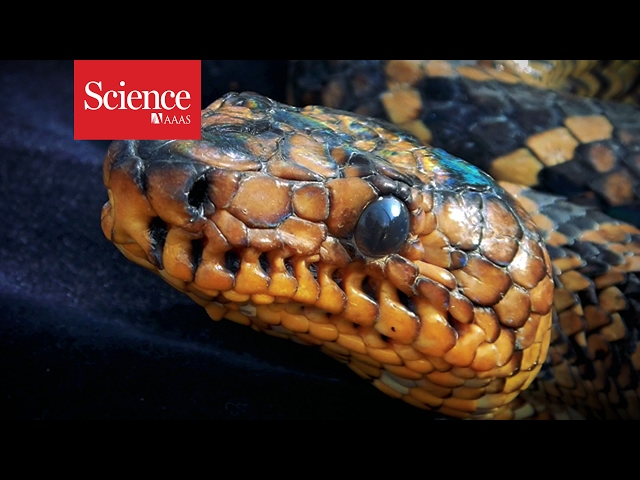 Brazil was caught by a snake, which is included in the list of the most elusive species on Earth — Cropani boa (Corallus cropanii). It caught farmers in the municipality network of Barras in the state of são Paulo, but thanks to the posters that zoologists hung in the area, people do not have to kill her, and reported his discovery to scientists.

The length of one of the rarest snakes in the world — 1.7 m, weight is 1.5 kg, it is a female. On the back of a boa — pattern of black rhombuses, the belly is yellow. The first and last time in the entire history of observations, a living snake of this species was investigated in 1953 in Miracatu.
Scientists from the University of são Paulo and Instituto Butantan examined the snake, but the next step is to release her back into the wild, after entering her skin the radio. It is believed that the boa Cropani lives in the trees, it’s not poisonous, hunts birds and small animals.