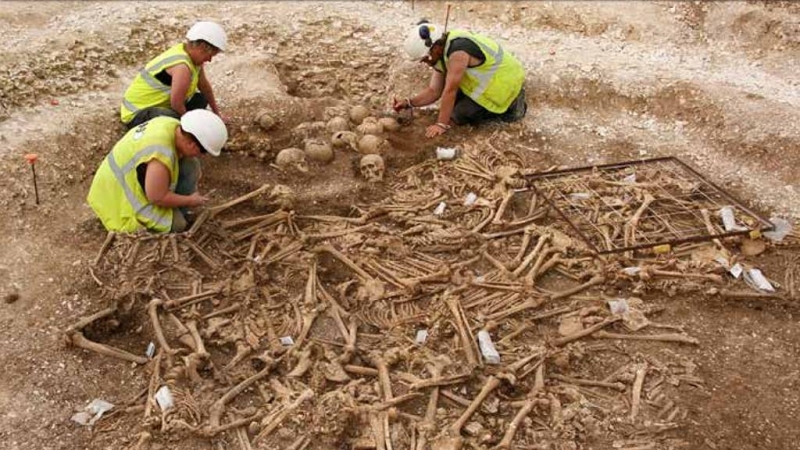 Economic development the UK is under threat due to acute shortage of archaeologists. Absurd British humour? No, this is the official conclusion of the governmental organization “Historic England”.

The origins of the “problem” is that for 25 years in the UK there is a law according to which the developers are obliged to Fund archaeological excavations at the site of any future construction: no conclusions of archaeologists it is impossible to obtain a permit for the construction.

Still overall everyone was happy – and builders, and archaeologists, and the public: this obligation has led to remarkable discoveries, British archaeologists have accumulated so much experience that are now considered world leaders in the security part of the excavation, in addition, almost all necessary objects were eventually built, the construction time is observed. About the unusual and even amusing exception we recently reported the material “English archaeological Thriller: 300 skeletons found, to be continued”.

However, very soon the problem of delays and overruns of construction can be very vital for the UK economy. The situation deteriorated because of too large number of national infrastructure projects planned for the coming years.

Among them – high-speed railway HS2 cost to 55.7 billion pounds, Crossrail2 railway line between London and South-Eastern parts of the country, power station Hinckley point, a 24-kilometer tunnel Thames Tideway Tunnel for the accumulation and disposal of waste water under the bed of the Thames, the improvement of main highways – in total more than 40 large-scale infrastructure projects over the next 17 years.

The implementation of these plans could be under threat due to a shortage of qualified specialists for the security of the excavations in the construction zones. Nick shepherd (Nick Shepherd), head of the British archaeological Federation of employees and managers, explains: “the Timing of implementation of new national projects in infrastructure and residential construction depend not only on engineers and workers, but also from archaeologists. Conducting archaeological research is a mandatory part of the process”.

Currently, the so-called “commercial archaeology” the UK involved 3,000 people. The organization’s experts “Historic England” estimated that to meet the growing demand, the number of archaeologists is expected to grow at least a quarter, that is up to 3750 people over the next six years.

“The number of qualified archaeologists can not just go and grow by itself. To meet the growing demand required the joint action of many organizations, as well as coordination of these actions with the “Historical England” and our partners working in the field of historic preservation. Simply put, the country needs more people who can work with a scraper and a shovel in an archaeological excavation, and we have to think how to attract young people into this profession,” said Duncan Wilson (Duncan Wilson), head of Historic England. Under the supervision of this government Agency are 400 monuments of history and culture, “Historic England” also oversees the preservation of the historic environment.

The experts ‘ report “Historic England” calls for immediate action both from educational institutions and from employers. In order to inspire young people to archaeology (a science in which the skills of Indiana Jones are valued less than expert command of the scraper and shovel”, in the words of Wilson) are invited to arrange for children and adolescents a variety of preparatory and training programs, to encourage children’s participation in archaeological field schools and so on. In other words, to help modern students to make an informed decision about career choices before entering the University.

In its report, the specialists of “Historic England” here are a few examples of outstanding finds made at the time of preparation for the construction of large projects:

– Britain’s only Roman Hippodrome, where they held chariot races. Discovered during the construction of the residential complex in Colchester.

– In 2013, in the last hours of archaeological work on site in London, was found exceptional values of the ancient Roman figure of a eagle, holding a snake in its beak. This stone statue was the luxurious decoration of the mausoleum of I-II centuries of our era.

– Mass grave of the Viking age in Dorset, discovered during the construction of the new road prior to the Olympic games in 2012. Further studies showed that the 50 headless skeletons and 50 neatly folded next to severed heads do not belong to local residents-the Anglo-Saxons, as to be expected, but a formidable conquerors-Vikings.

Laws on compulsory archaeological excavations on the site of the future construction exist in many countries, not only in England. For example, in Russia the Federal law No. 73-FZ of 2002, defines the rules of carrying out of archaeological investigations during the construction and reconstruction of objects. The only difference in the application of laws in practice.