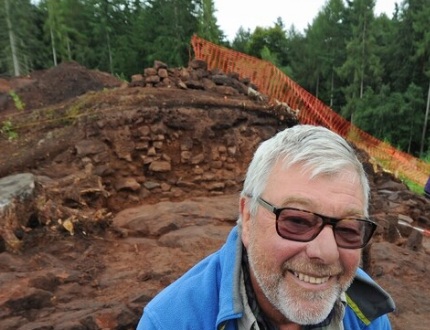 Archaeologists from the University of Southampton and Oxford, during excavations on the Nesskliffe hill in Shropshire, have discovered the remains of a rare fortification dating back to about 500 BC.

The find is reported by Shropshire Star. Excavations were carried out on the site of the Iron Age settlement. His age is estimated at about 2500 years.

Archaeologists have discovered the remains of the fort, which was probably a strategically important point. Scientists note that from the walls of this fortress an excellent view was opened for many kilometers around.

The fort itself was erected next to the rocks, which provided him with reliable protection of natural origin. The architecture was carefully thought out. Inside the fort there was a defensive rampart, and at its northeast entrance there were towers for protection.

The height of the fortress walls reached eight meters. They were made up of large stones, the gaps between which were densely packed with sand and smaller stones.

Also during excavations, a cultural layer was discovered, which the researchers called the occupation layer. It belongs to the 2nd century AD. Roman ceramics was discovered in it.

The Romans probably placed their garrison in this place, but this happened only 600 years after the foundation of the fort.