In Britain, found a miniature “Stonehenge” 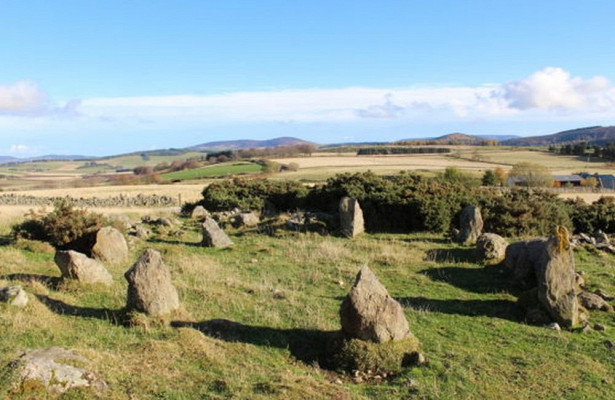 The Aberdeenshire Council in the UK officially recognized the newly discovered stone henge as an archaeological site.

According to The Press and Journal, the ancient full stone circle, which for a long time was unknown to archaeologists, is now officially recognized as a monument.

The local farmer’s family reported to the Aberdeenshire County Archaeological Service. The facility is located near the city of Alford in Scotland.

Henge consists of ten large stones. This type of structure is unique to the northeast of the country. The age of the object is 3500-4500 years. Scientists suggest that it is a miniature analogue of the famous Stonehenge.

It is estimated that it is about three meters in diameter less than other similar structures. Its distinctive sign is a large stone laid horizontally, around which are located vertically mounted boulders.