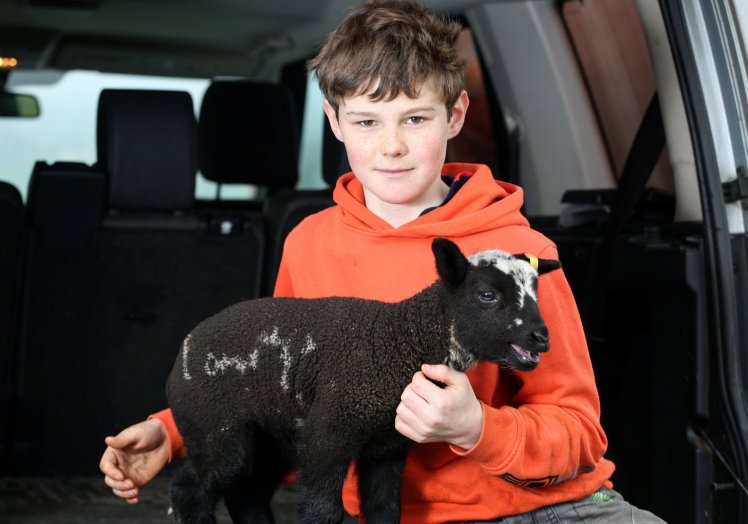 This feature was noted by 13-year-old James Stevenidge from the village of Edge, Gloucestershire, UK.

According to the boy, the white inscription on the black fur of the lamb was from the moment of his birth, but at first it looked somewhat different and read as “I am Y”. However, over time, the letters began to read more clearly and began to look like the word “lamb”.

As James said, Lambi was born just a month ago, on Good Friday. She is very active and curious.

In total, 11 lambs and several adult animals live on the farm, which is kept by the parents of James Michael and Joe. According to farmers, for seven years of life in the village, they have never seen anything like this, and therefore the appearance of an unusual baby Lambi is considered a “good sign”.