In Britain, they found an ancient grave with a porpoise 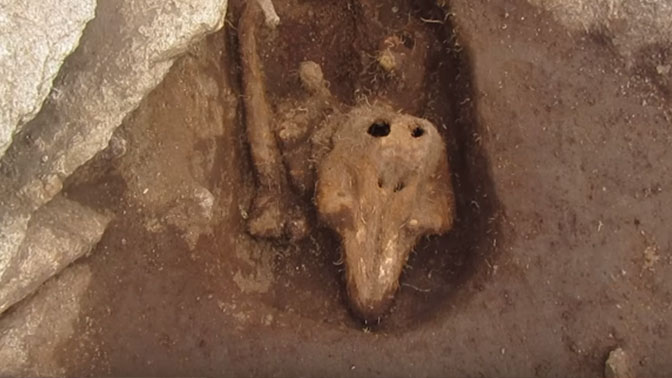 A group of archaeologists from Oxford University, leading excavations on the small island of Chapelle House Hugh, discovered an unusual medieval burial.

In the carefully dug tomb of the XIV century, the remains of a sea pig, an animal that is a relative of a dolphin, were discovered.

“This is very strange, I do not know what to do with it … If it was eaten or killed to rip off the skin, then why bury it?” – notes one of the members of the expedition, Philippe Jersey.