In Britain they want to replace police with drone and robots 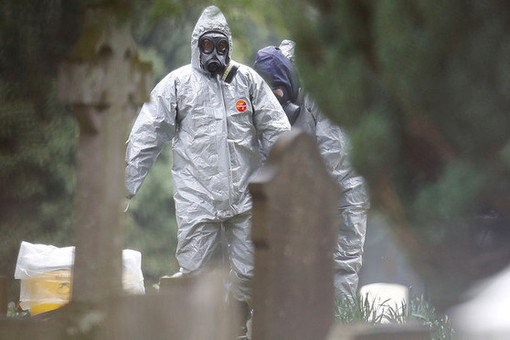 The UK Department of Defense is testing drones and robots to detect chemical weapons and investigate chemical attacks, the British newspaper The Guardian writes with reference to the agency statement.

It is reported that such measures can replace police and emergency personnel in such operations and prevent casualties. Precedent was the poisoning of the nerve agent “Novice” in Salisbury, which was subjected to a former Russian officer of the GRU Sergei Skripal and his daughter Julia. Also was poisoned by “Novice” the first British criminal coming to Skripal – Nick Bailey. He was also on the site of the Skrypal house survey. According to the British police, “Novice” was inflicted on the door handle of the house of Skripal.

Nick Bailey, along with Sergei and Julia Skripal was immediately hospitalized in a hospital in Salisbury. Later they were discharged.

Nevertheless, the Ministry of Defense of Britain said that scientists from the British laboratory “Porton Down” were involved in the tests with drones and robots, the material says. The experiment included testing an UAV that can transmit 3D images and detect chemicals using a laser system, writes The Guardian.

Earlier it was reported that in Britain they plan to expand the powers of police officers due to frequent attacks.